Senior prize giving was held on Thursday 2 November at the Regent Theatre. It was a special occasion to celebrate the students success throughout the year.

Sam has gained 337 Excellence credits over his NCEA journey.  He was awarded an NCEA Scholarship in History in Year 12.  He has achieved an average of A+ (96%) in a University of Canterbury Mathematics paper in 2017, and is entered for 3 NCEA Scholarships later this month in Calculus, Statistics and Biology.  He is the only Year 13 student in 2017 to gain Excellences in all his internal assessments and practice exams.  This student has proved to us all that being the best comes from grit, discipline, determination, curiosity and a passion for learning.  He is well-respected amongst his peers and all teachers who have had the privilege of working with him.  He is 1st English, 1st = Biology, 1st = Statistics, 2nd = Chemistry, with Commendations in Physics and University Mathematics.

Cameron is a young man who has pursued Excellence in all areas over his five years at Otago Boys'.  He has gained many achievements on the sporting field and also excels in the classroom.  He gained 272 Excellence credits in his three years of NCEA, with 77 so far at Excellence in Level 3.  He gained Excellences in all his practice external exams.  Later this month as well as his Level 3 exams he will be sitting three scholarship exams in Biology, Statistics and Graphics.  He is 1st Chemistry, 1st Design Graphics, 1st = Statistics, with Commendations in Biology and Physics.

Tim has NCEA Level 1 with Excellence and has already achieved NCEA Level 2 endorsed with Excellence.  This year he has studied Level 3 Calculus.  He is a member of the 2nd XV rugby and the softball team and has achieved a Bronze Award in the Duke of Edinburgh programme.  A hardworking young man, who embodies Perseverance, Excellence, Respect, Courage and Honour.  Tim will be a fine leader of our school.

This young man exudes personality and presence.  He participates with enthusiasm both in the classroom and the sporting arena, water polo and cross country to name but two.  He gained NCEA Level 1 with Excellence and has already gained Level 2 with Excellence.  Flynn is an unassuming leader who gains this position through the respect gained from both his teachers and peers.

Tom achieved NCEA Level 1 with Excellence and has already gained Level 2 with Excellence.  He is an all-round sportsman who plays cricket and football.  He is a loyal approachable young man who sets the bar high for himself.  Tom is a strong and resilient leader who will be an excellent role model in our hostel.

The criteria for this award is demanding and the standard is high.  It recognises the boy who has made a significant contribution and achievement in the areas of academic, sporting, cultural and service pursuits.  This year it was a very difficult decision there were a large number of potential recipients.  However Jay was a stand out.  A young man who epitomises the ethos of "hand up and not out", Jay has involved himself in all aspects of school life.  He played a leading role as Chad in High School Musical.  He plays football, basketball and volleyball.  He has achieved NCEA Level 3 with Excellence, the first boy in the school to achieve that target this year.  He is a Prefect, the Deputy Leader of Aspinall House and a member of the school council.  He was a leader on  Yr 10 Mt Aspiring Camp and has been a Buddy Reader Tutor.  He was one of the orgainsiers of Shave for a Cure.  He has been a volunteer collector for Red Cross, the Cancer Society and the Cystic Fibrosis Society.    He truly is an "all-round" boy.

We would like to make special mention to the recipients of the Otago Boys' High School Foundation Scholarships for 2017.

Harrison Croy - The Stephen Guest Prize for Excellence in Performance Music (awarded to a leaver who has excelled at performing music and who intends to study either Law or Philosophy).  Harrison is a determinded student who gained NCEA Level 1 and 2 with Merit.  He has already achieved Level 3.  He has been a committed member of the school choir for five years and an enthusiastic performer in several school productions.

Quinn Mirams - Mason Brothers Scholarship to study Engineering (awarded to a student who will take up Engineering at tertiary level).   Quinn is a diligent student whose work ethic has impressed his teachers.  He gained NCEA Levels 1 and 2 with Excellence.  He is a centurion this year.  He was first in Metal Technology and commended in Chemistry, Physics and Design Graphics, showing great promise for his choice of future career.

Jayden Henderson - Superior Mineral Scholarship. (awarded annually to one Year 12 or 13 leaver who will take up an agricultural course at tertiary level) Jayden is a keen 1st XV member and an enthusiastic student with a variety of interests.  Jayden has gained commendations for his work and his goal is to pursue a career in the Agriculture field.  We wish him well. 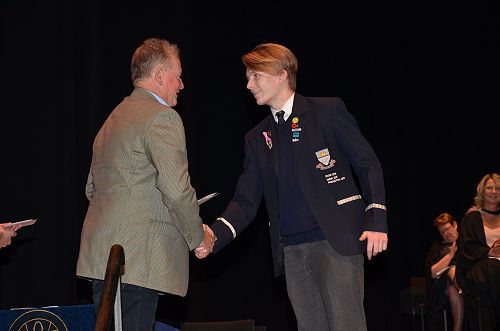 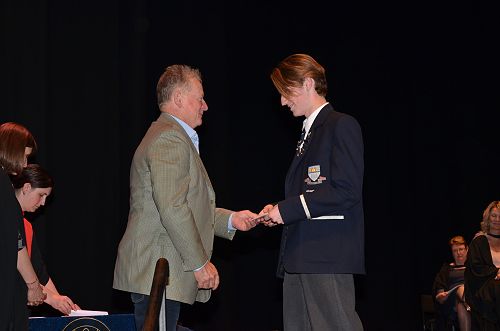 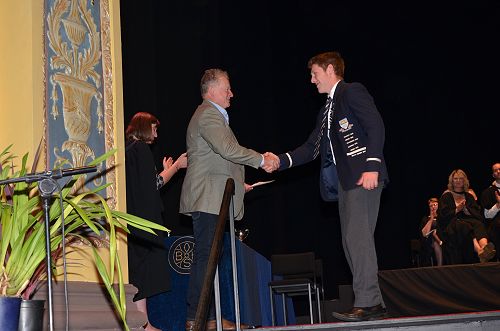 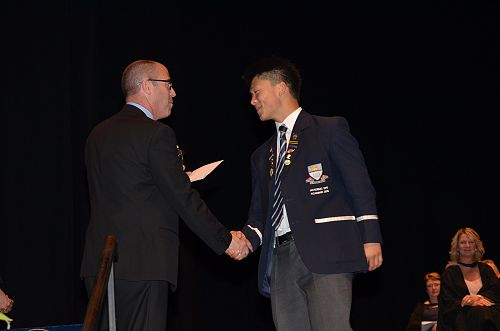 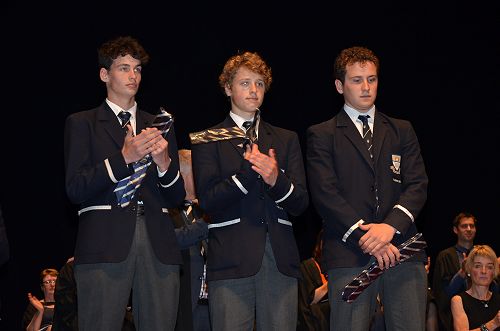 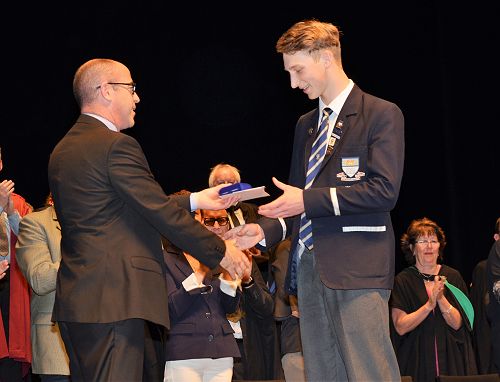