Phillip attended Otago Boys' from 1963-67 he was was Dux in 1967 and also Best All Round Boy. A member of the First Cricket XI, First Basketball Five, leader of the Debating Team, President of the School Council and a Prefect.

Mr Gibson, who was New Zealand’s ambassador to Japan between 1999 and 2005, was awarded the Order of the Rising Sun, Gold and Silver Star in recognition of his contributions towards promoting friendship and mutual understanding between Japan and New Zealand.

The award is the highest honour Japan typically bestows upon non-heads of state.

Mr Gibson said he felt privileged to receive the honour, and that the award recognised more than his own endeavours to foster the Japan-New Zealand relationship.

"The reality is the Award represents the cumulative work of many people over many years, in both Japan and New Zealand, towards building close relations and mutual understanding. And I've been honoured and privileged to be a part of this."

The Embassy of Japan noted the contributions Mr Gibson made towards the Japan-New Zealand relationship as New Zealand Ambassador to Japan (1999-2004), CEO of the Asia 2000 Foundation (now the Asia New Zealand Foundation) and commissioner general for the Aichi World Expo (2005).

It also said the award recognised the "invaluable assistance" he provided Japanese citizens and their families affected by the 2011 Canterbury earthquakes. “Through such activities, Ambassador Gibson has made a significant contribution towards enhancing the mutual friendship between Japan and New Zealand.”

Mr Gibson said for a long time New Zealand viewed its relationship with Japan primarily through a trade lens. However, he said the relationship has developed since New Zealand turned to Japan for economic reasons when Britain joined the European Union in 1973.

"Our traditional markets were going to be closed to us, we had to diversify and we were able to look to Japan... And it was Japan that provided much of the impetus, investment and know-how for wider economic development in East and Southeast Asian countries which are so important for us today.

“Perhaps even without realising it, and both directly and indirectly, New Zealanders increasingly source from Japan ideas, technology, cultural, artistic, sporting, and intellectual inspiration. The span and depth of people-to-people links and activities are extraordinary."

Japan is and will remain a world and regional power, and fundamentally important to New Zealand, he said.

“At times, we have different views. But in both our countries, there is a deep reservoir of mutual respect, friendship and understanding. The tragedy of the Christchurch earthquakes has created a special and enduring bond."

Times have changed since he was the CEO of Asia 2000, Mr Gibson said, but he believes the Foundation's fundamental role and mission are as relevant today as they were 20 years ago.

“Our future as a nation and people is inexorably linked with Asia. The Foundation is unique as both a thought leader and an enabler. Not only can it look ahead and chart future directions and inspire others, it also seeds practical and inclusive initiatives."

Phillip Gibson is presently New Zealand's Special Envoy for Disaster Risk Management and Special Advisor and Director Christchurch for the Ministry of Foreign Affairs and Trade.

One of New Zealand’s most senior diplomats, he has been Ambassador to Japan, Indonesia, Thailand, Vietnam, Cambodia, Laos and Myanmar and was New Zealand's first Ambassador to ASEAN. He was the CEO of Asia 2000 (now the Asia New Zealand Foundation) between 1996 and 1999. Gibson was also New Zealand Commissioner General for the Aichi World Expo. 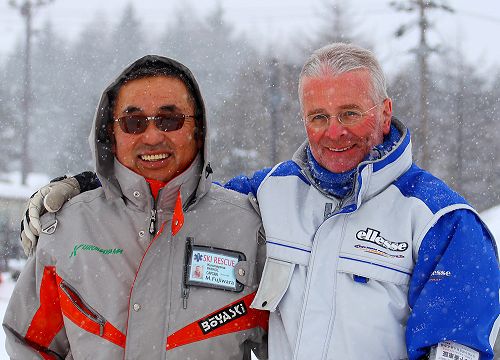