There is a bit of excitement in the air this week with the King's Interschool.

With a large number of teams playing a significant number of hostel boys are involved. Good luck to all those playing or coaching and I hope the weather behaves itself.

We have a large number of grandparents attending the dinner on Sunday which is fantastic. For many boys, grandparents pay a key role in their lives. An ever increasing trend in New Zealand education is grandparent involvement both in the care of the child but also financial. The dinner is just the hostels way of saying thank you.

The hostel  shooters had their first meet in the weekend at Invercargill. The team had three new shooters: George Scurr, Isaac Ottrey and Will Scurr. It was a good number for coach Ernie to oversee at their first competitive event. All the boys shot very well and it was great to see George Scurr come away with a bronze medal in Junior Single Barrel at his first shoot.

There were some very good scores from all the Otago Boy’s shooters which saw several of the boys involved in shoot offs. Some of these took over 20 targets before competitors started dropping off. This showed a massive amount of concentration and the skills these boys have built up with their shooting.

The shoot offs were as follows:

A big thank you to the Sim family for organising the ammo and gazebo, and also to all the parents who came to support. Thank you to Bill our new coach for his help at training and taking on the big task of driving the boys down in the van and of course our long-time coach Ernie for all of the hours he has given up for us.  Report by Harry Brenssell.

We also had a 'Learn to Row' day on Sunday as the organized activity. Unfortunately the weather was poor and the boys only got a short session but at least they got a feel for it. This Sunday is paintball, one of the most anticipated hostel activities of the year.

House swimming went well last week. Campbell proved to be the slickest in the pool and have now taken the lead in the Mitchell Cup. As you can see it is still tight though and all houses can potentially still win the title. It could well be an exciting finish! 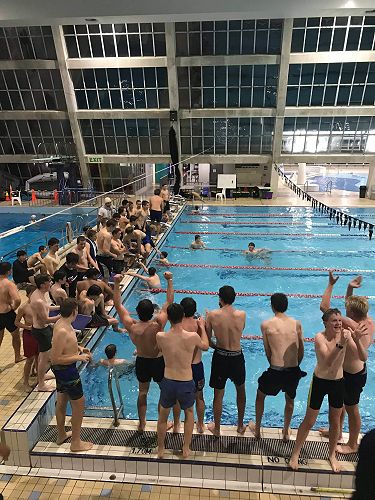 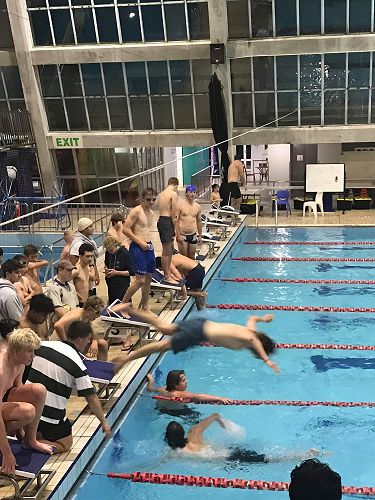