As we entered into the 5th month of the year, the days shorten and the temperatures drop our Year 13 Outdoor Education students departed on a journey into the Silverpeaks.

Gaining information about a "Yet to be ratified" track which began at the finishing point on Mountain Road enabled the group to prepare for a round trip without any time spent walking on the road. The track was taped but very overgrown and much time was spent pushing through fern and dense bush. A challenge for the group but one that was meet with a positive attitude.

We spent the first night under the stars near the Phillip Cox (father of former Head Boy Peter Cox) Memorial Hutt.

As the second day dawned with rain and low cloud in the forecast, we climbed up through what remained of the bush to marvel at the expansive area that lay ahead of us. The Gap and Pulpit Rock clearly visible under the shadow of the silvery cloud above. A brief stop at The Gap and the ABC Caves saw a decision that was made to see if we could walk back to school. This required planning on the students part to ensure that they would firstly have enough water for dinner and breakfast the next morning. An early dinner at the near Jubilee Hut was then planned before trekking up the Devil's Staircase.

When settling down for the evening on day 2 after 24km of walking it was certainly a quieter night than the first.

The dawn of the last day saw clear blue skies and the promise of doing something a little different - walking back to town from the wilderness. With a stop to refill water supplies from a slow dripping stream, we trudged through the mud up to the aptly named Swampy Summit. The views back into the Silverpeaks and into town were breathtaking but descending the Pineapple track with packs on, ensured DOMS were present in the legs for the next few days.

Reflecting on the photos and what was achieved on the trip the boys were amazed just how far you can travel on foot in a day. This gave them firstly, a great sense of achievement but also a greater appreciation to those of yesteryear who forged the trails in search of pounamu and then gold. 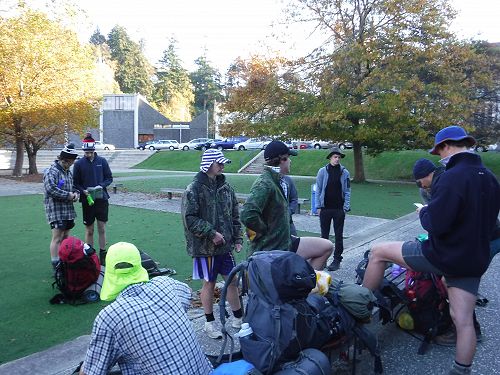 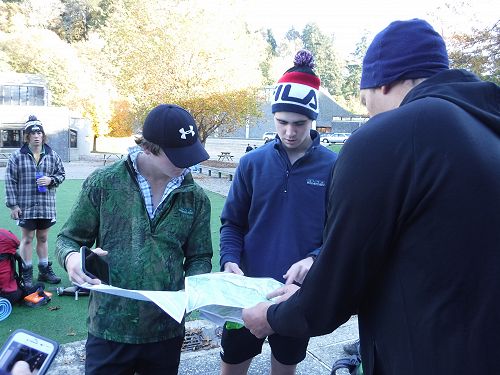 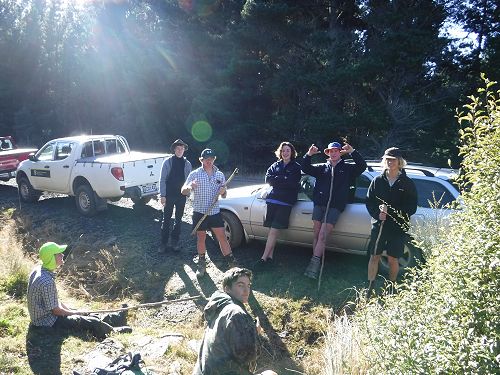 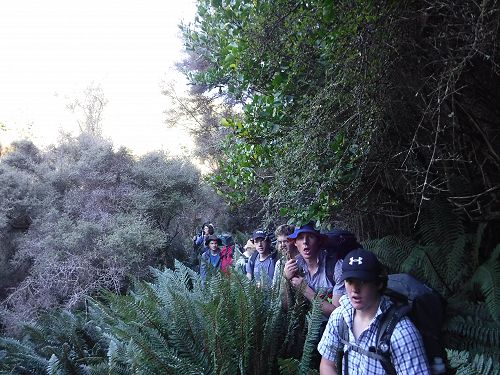 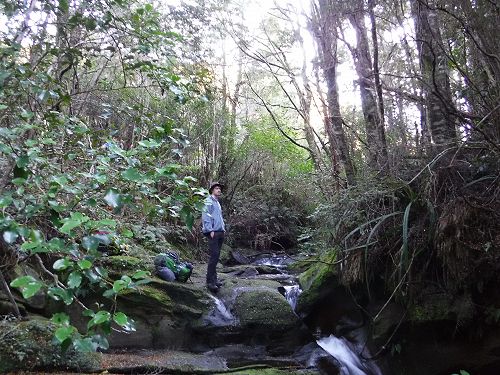 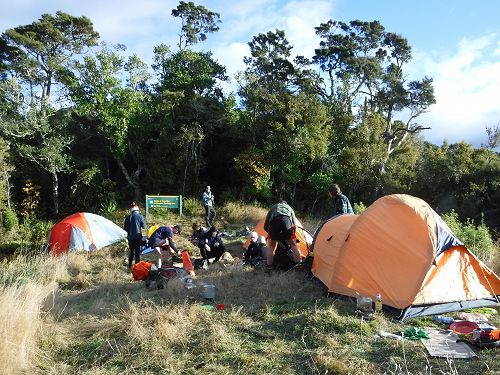 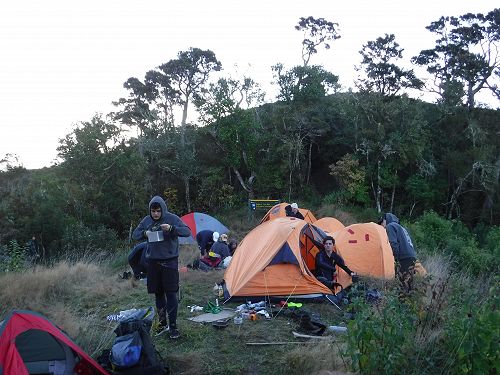 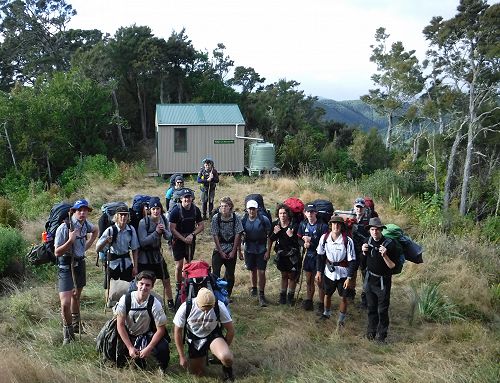 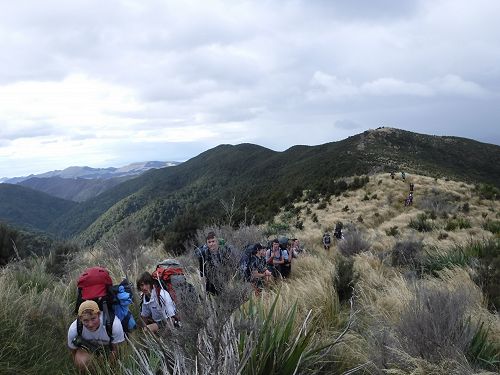 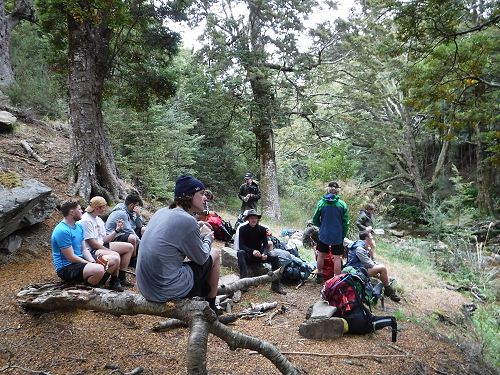 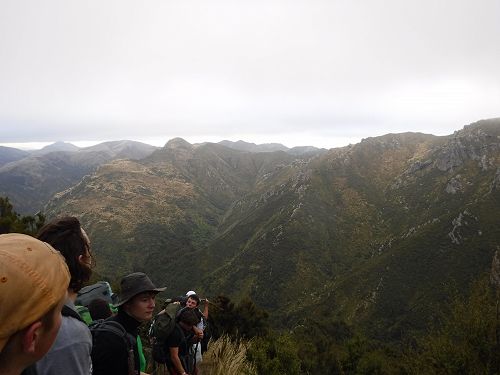 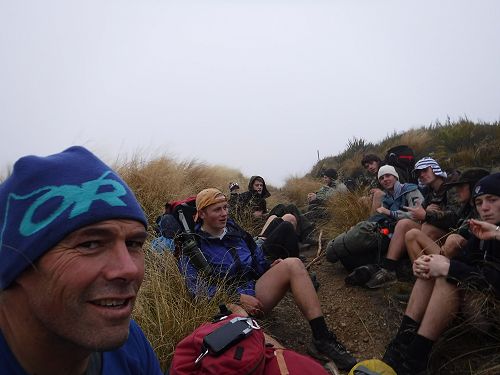 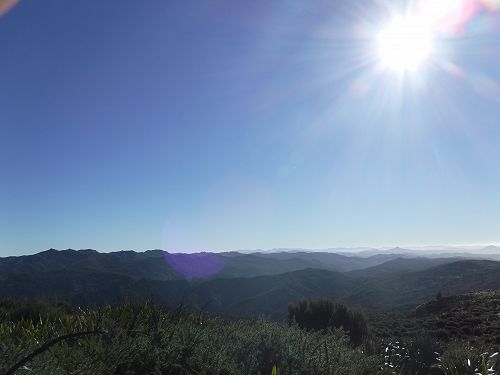 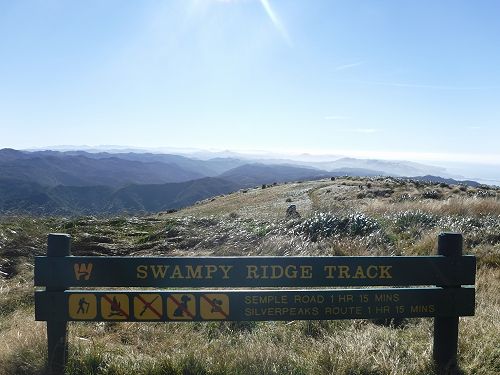 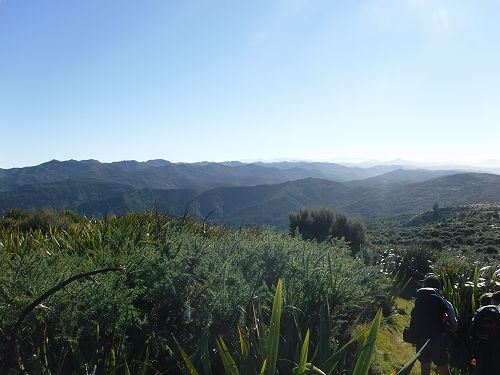