Professor Ichiro Kawachi (1975-1979), an epidemiologist from Harvard University, and Professor Tom Higham (1979-1983), an archaeological scientist from Oxford University, were both honoured in a ceremony at Te Papa Tongarewa in Wellington on February 15.

The Royal Society Te Apārangi is New Zealand’s national academy of sciences, promoting a critical awareness of science and technology in schools, industry and society.

Leading international scientists are elected as Honorary Fellows to encourage strong ties with New Zealand science. There are currently 55 Honorary Fellows. Past Honorary Fellows include Charles Darwin, Alexander Fleming, Albert Einstein, Lord Rutherford of Nelson and Ernst Mayr. This is the 100th year that Fellows have been elected to Te Apārangi.

Professors Kawachi and Higham join another Old Boy, Professor David Patterson (1973-1976) of Oxford University, who was elected a fellow in 2014. Prof. Patterson is an internationally leading cardiac neurobiologist.

The Royal Society invests in excellence in people and ideas and puts them to work as an inspiration to New Zealanders. It administers several funds for science and technology, publishes eight journals, offers science advice to government, and fosters international scientific contact and co-operation.

Congratulations to both Tom and Ichiro.

Links to bios can be found here 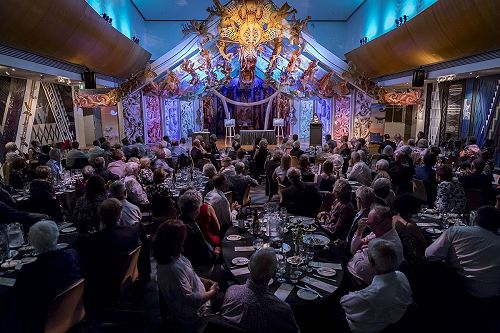