The annual summer interschool fixture with Waitaki Boys' High was held in Oamaru on Tuesday.

After two days of dominating Timaru Boys', and a solid performance in club cricket on Saturday the team approached the Waitaki Interschool with confidence.

This confidence proved to be justified with a completely dominant display with the bat and ball.The winning margin of 180 runs was achieved through some outstanding individual performances as well as a total team effort.

Left to score 315 in 57 to win or draw the game, Waitaki were in immediate strife when strike bowler Michael Ruske shattered the stumps twice in his first three overs dismissing both opening batsmen before the score reached double figures.

The score quickly became 14/4 with Mitchell Sims (2/27) and Alex Wilson (1/24) chiming in, before Michael continued his demolition-job on the Waitaki batsmen as the team was dismissed for 134 in the 31st over. His final figures were a most impressive 6/37 off ten overs.

On a very green and damp wicket we won the toss and elected to bowl.

Initially we bowled too short, however all of a sudden we started to pitch it up, wickets tumbled. Tom O'Connor got the first and this was quickly followed with one to Caide Bezuidenhout and two to William Helm. The pick of the bowlers however was Dylan McDonald with 3- 10 who on a tricky wicket constantly threatened the stumps making him difficult to play, even if his last over was a bit erratic.

We dismissed Waitaki for 125. In reply we were never troubled with Ben Turnbull (25), Will Scurr (25) and Oliver Thode (32) batting solidly to secure a comfortable five wicket win.

The Tennis interschool fixture against Waitaki Boys' High School was played in ideal weather conditions at the Oamaru grass courts on Tuesday. The OBHS team coped very well with the conditions considering most had never played on grass courts before.

The whole team contributed to a fine 8 -1 victory to OBHS. Angus Faulks was the stand out performer winning both his doubles and singles comfortably against strong competition.

The challenge cup was retained for another year. 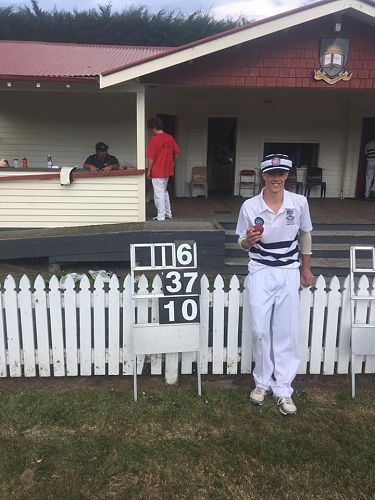 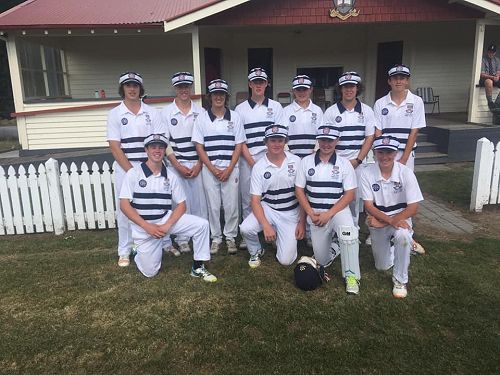 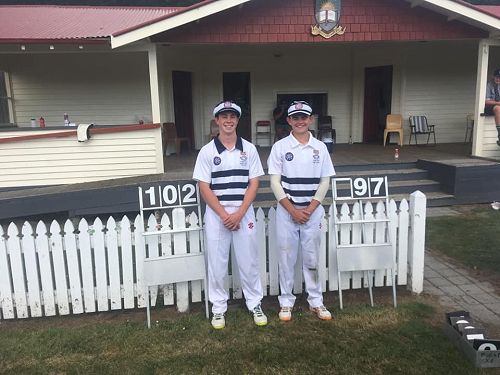