It has been a busy start to the year for School House with the boys involved in lots of activities.

Over the weekend some School House boys represented Otago in the junior national touch tournament held in Rotorua. Jackson Toms, Angus Faulks, Jaxon Bennington and Olly Bugden formed part of the under 18 boys Otago touch team. After a hard-round robin pool, playing up to four games a day, the boys finished 6th. Hamish Faulks was in the Otago under 16 boys touch which placed 7th. Congratulations to all these athletes.

Last weekend the Yr9 boys went to the school lodge for what has become the annual Yr9 Hostel Camp. We were fortunate to have some great weather and the boys thoroughly enjoyed their first experience at the lodge. For staff, it was an excellent opportunity to really get to know the boys. For a full report please go to the school facebook page.

This weekend the Yr9 boys can go home for the first time. While they will be looking forward to this, more importantly for them, on Friday they are allowed their phones! For the first three weeks this year, the Yr9’s haven’t been allowed cell phones at the hostel. While this helps them successful adapt to life at the hostel, they have found it difficult to be without their them and are very much looking forward to returning to their on-line world.

Congratulations to Blake May who successfully auditioned for the Dunedin City Choir. We have a few hostel boys in the choir this year and they will be performing at the hostel at the last formal dinner for the term. It is great to see many hostel boys succeeding in such a wide range of activities.

In a recent special formal dinner, the School House prefects for 2019 were named. They are:

Apart from their normal duties this years prefects have been given a portfolio. The portfolios are as follows:

This is really the Mitchell Cup. Charlie and Sam will plan and run the various Mitchell Cup competitions throughout the year. They are also producing a booklet with all the rules of the competition. This is to avoid any arguments between houses regarding the running of the competition as the rivalry between the houses can be fierce!

In 2019 a student newspaper will be produced by School House. All articles are to be written by students. Angus and Shuntaro are really the editors of the newspaper and will get boys from all year levels to write the articles.

This portfolio requires Jack and Jackson to survey the boys about the food provided at the hostel and to report to Janis and Cibus Caterers at a monthly meeting. The meeting will also have one representative from each year level. This may seem a simple portfolio but if done properly is perhaps the most challenging of all portfolios, with all the boys having different likes and dislikes.

The house banners from last weekend were judged the other day. The judges were very impressed with the creativity shown and the effort that went into them. The results are:

This means that after two events the Mitchell Cup standings are:

Next Sunday (24th February) we have the first of our organised activities for the year, Zorb Balls. We will also be going to the Highlanders vs Reds next Friday for the first game at the stadium this year. After a couple of quiet weekends, it will be good for the boys to be involved in some hostel activities.

Just a heads up that there is a parent’s dinner on the 11th April. There is no Cultural Night this year, but we are still holding the dinner part of the evening. The venue and time are still to be confirmed but please enter this date into your diary. Last year we had 86 parents attend this night and it would be great to see as many of you there as possible this year. 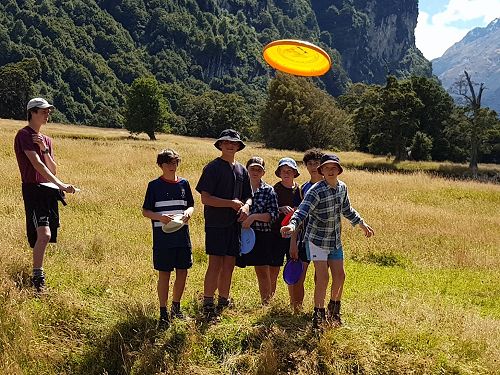 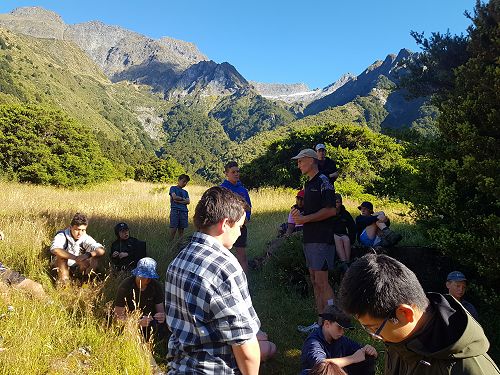