Congratulations to Year 13 student Enrico Condino who was recently awarded a gold medal at a national Taekwondo tournament as well as being awarded the club member of the month award. Enrico shares his success with us.

The gold medal was for a Taekwondo national tournament back in May of this year. I entered it without knowing it was a national tournament, so I got there and then was like "wait what? This is actually a big thing?" Yeah, and when it came to entering, I was entered in the yellow belt division for ages 18-21 with weights between 59-68kgs. I had to fight twice in the knockout ladder and defeated both opponents successfully. It really helped when I heard all the people in my club shouting and motivating me to give my absolute all to win.

When it came to the club member of the month award, I was awarded it twice! This award is of course, specifically only for our club members. The way to earn it is if your peers within the club notice you showing the five disciplines of Taekwondo. Those disciplines being indomitable spirit, perseverance, self-control, courtesy, and integrity.  As a symbol of receiving it, the club member of the month gets to keep the patu/mere for a month. Then, they return it respectfully to club instructor to choose the next recipient.

The patu/mere was donated to the club by OBHS old boy Charlie Humphrey's family. Charlie is a black belt in both the ITF and WTF styles of Taekwondo. 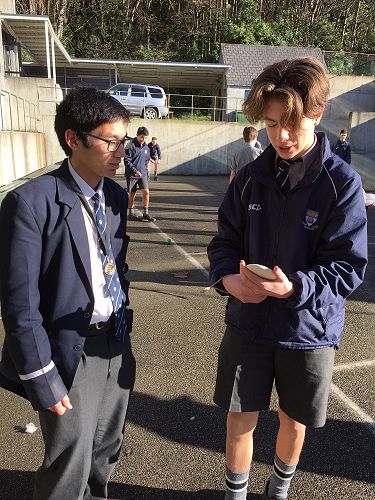