There was a small but very moving ceremony at Ockero churchyard for John Charles Williams (served 1939-45 War, Sgt. R.N.Z.A.F., killed of active service 1942) during my visit on 25 April.

As I stood at Jack Williams' grave I reflected on the journey that brought the two of us together. Like him, I attended Mornington Primary School and Otago Boys' High School then moved to Wellington for work (he joined the railways before signing up during WWII). The streets that he knew in Dunedin were the same ones that I walked as a child and much of Mornington School and OBHS were as he had experienced them when I attended decades later.

I thought about the choices we make and the opportunities we have in life. Like the current generation, I was lucky to be born into a world that was not torn apart by world war. At 21 (the age of Jack's death), I was able to pursue a university education, then move on into a career that has been fulfilling and enabled me to raise a family of my own. I lament Jack's death before he really had a chance to pursue his dreams. I've read his service records now and see he was just like any young man fresh out of high school - he wanted to pursue a career and a life. But he signed up because he felt a strong sense of duty to do what was right. Subsequent generations owe him, and the others who fought, a huge debt. It was their commitment and sacrifice that has enabled us to enjoy the life we have today.

Looking back to when I was at OBHS and the Roll of Honour was referenced at assemblies, and still is to this day,  I know I didn't appreciate enough what those young men did and the horrors that they experienced. But having attended ANZAC day services in Sweden, Belgium, Indonesia, Korea, Malaysia, the United States and New Zealand; having spent many hours talking to veterans from many countries and their families; and having visited world war battle sites and cemeteries in those and other countries, and seeing the evidence of the losses both on the allied and the axis sides, it's clear we must do all we can to avoid this sort of disaster happening again. We owe Jack Williams and all those who served a huge debt.

At the event in Ockero, an older Swedish lady approached me in tears to say thank you to New Zealand for what our soldiers did in World War II. Her Dad had been a fisherman and twice was saved by allied forces when he would otherwise have been killed.

Subsequent to the event in Ockero, I've been in touch with Jack Williams' family and they still feel a huge sense of loss, but also of pride for what he did. They were delighted to know I'd been in touch with OBHS also and that the school retained an interest in him.

You may have seen the announcement that as part of this year's budget the Government intends to re-open our Embassy in Sweden this year. That will provide opportunities to do a lot more with Sweden, which is a strong and like-minded partner. But on future ANZAC days I'm sure it will also mean that Jack Williams will be remembered again and again. That seems to me to be a fitting legacy. 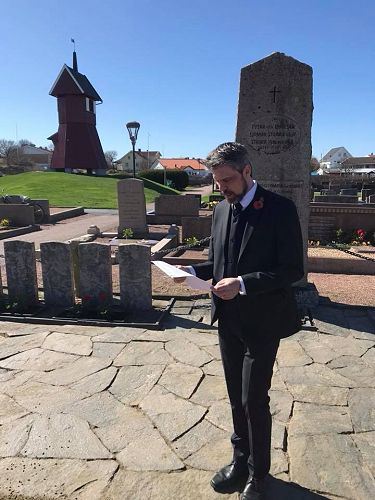 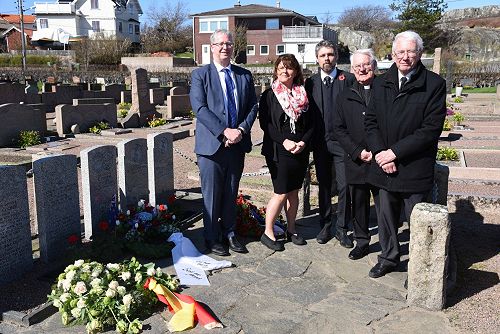 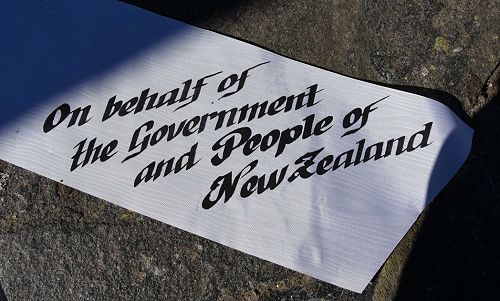