It was a case of nearly but not quite for the 14 boys who set off to conquer the Kepler Track last Saturday. We eventually made it to two of the three overnight stops but unfortunately, a track closure due to large volumes of snow and avalanche conditions meant we were unable to complete the Luxmore to Iris Burn section of the track.

We set off from Dunedin at 7am Saturday morning in pouring rain, and returned Tuesday night in identical conditions. Surprisingly however, we didn’t encounter a single drop of rain on our entire 4 day walk. Day one went as planned, with a relatively straight-forward tramp via Brod Bay up to Luxmore Hut. Once we reached the bushline we didn’t mess about as the wind chill temperature was below freezing. Around half of the 50 inhabitants of the hut had the unexpected pleasure(?) of experiencing these conditions again at 3am in the morning when a faulty smoke alarm forced evacuation out onto the helipad beside the hut. Next morning we were informed by the resident hut ranger that the high section of the track would not re-open that day following the blizzard that had gone through on Friday. We decided to make an attempt on reaching the summit of Mt Luxmore instead as this wasn’t affected by the avalanche conditions further on. Unfortunately thigh-deep snow drifts approaching the summit thwarted our plans, so we returned to the hut for lunch and a visit to the impressive Luxmore caves. We retreated back down the hill to the Brod Bay campsite and set up camp on the shores of Lake Te Anau instead.

On day 3 we walked back via the carpark and around the Kepler track in the opposite direction, arriving at Moturau Hut for a late lunch. By this time the weather had come out fine and sunny, and within 24 hours of wallowing about in large snow drifts up on the tops, some of the boys were swimming in the marginally warmer waters of Lake Manapouri. We were treated to an excellent history of the Lake Manapouri hydro-electricity scheme from the hut warden that evening. Our final day consisted of retracing our steps back to the carpark via Shallow Bay, lunch in Te Anau and return to Dunedin at 6pm.

Once again, a high level of co-operation within the group and positive outlook despite the forced change of plans, contributed to another highly successful expedition. We will be back to complete the loop on a future occasion. 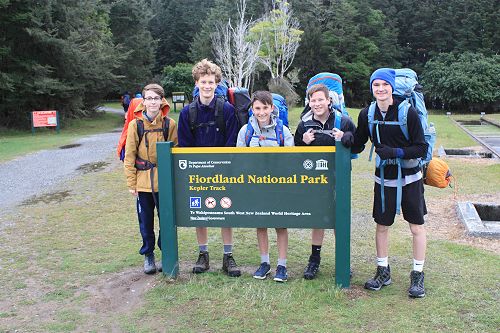 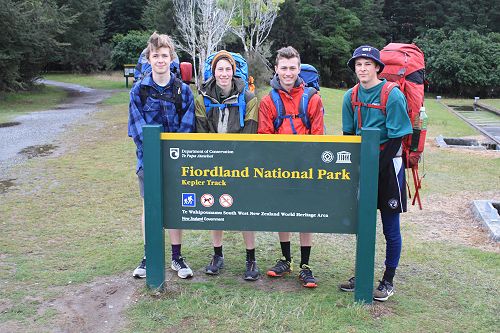 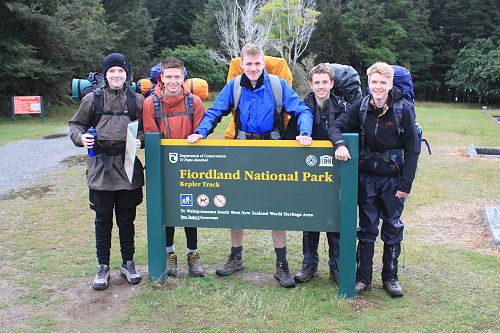 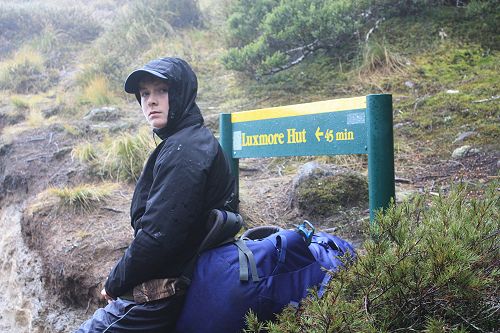 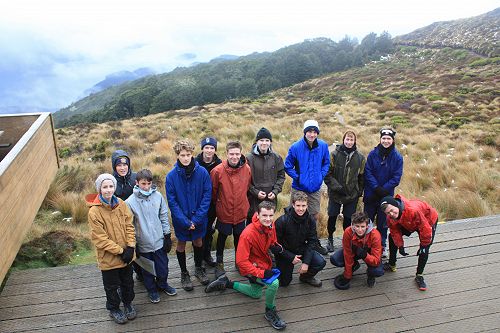 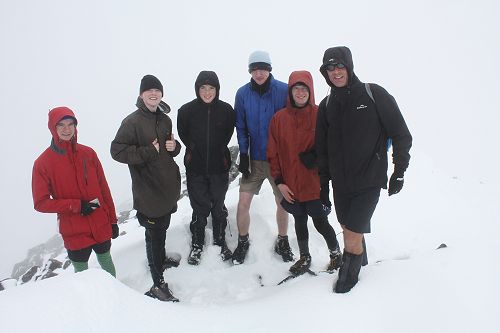 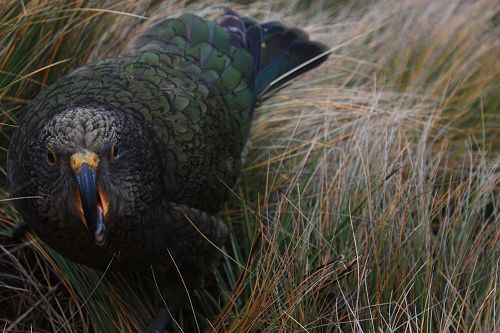 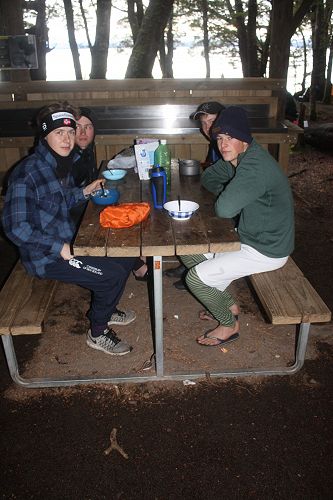 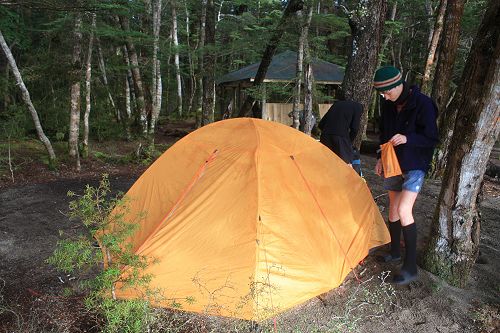 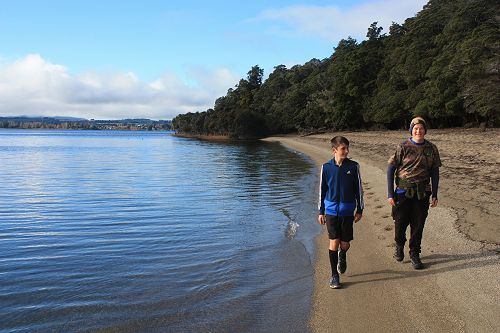 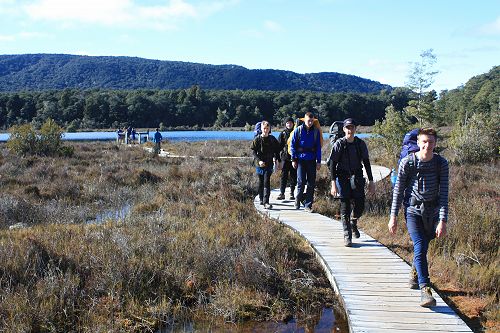 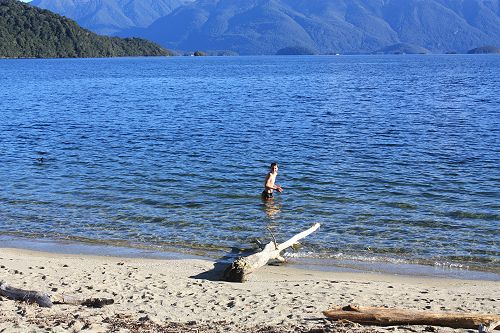 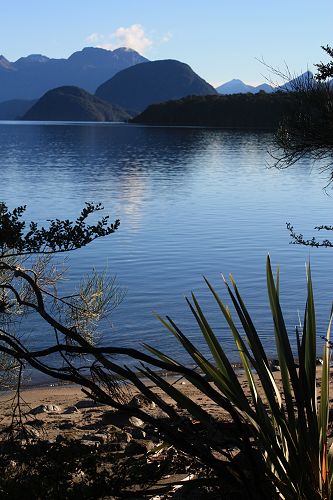 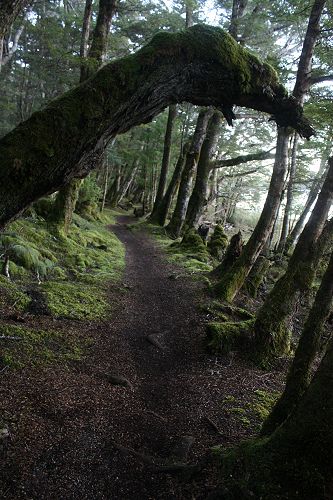