The 2018 Maadi Regatta was held at Lake Ruataniwha from the 18th to the 24th of March.

The week started on Sunday 18th with the Maadi parade of schools and then a boat naming ceremony. Old boy and olympian Carl Meyer was on hand to christen the club's new eight and even wore his OBHS blazer!

Rowing through the qualifying stages produced some excellent races with Otago Boys' crews winning many of their heats. The Rector arrived on Friday night and was treated to an exciting day of racing on Saturday. With a day lost during the week due to bad weather, all A and B finals were raced on Saturday and this ensured an action packed final day.

The standard of the competition was incredibly high and unfortunately only one crew managed to make it onto the podium, despite every crew giving their all on the water.

Congratulations to Jack Webber and Oliver Haig who rowed their U16 double to third place in a hotly contested race. Another exciting race was the U17 single in which first Thomas Ryan and then Ben Mason held the lead for the majority of the race before being overhauled by the rest of the fleet in the last 500 metres. Ben finished a worthy 5th and Thomas battled into 8th. Many other crews finished 4th or 5th in their races, a very creditable effort.

In terms of the number of crews that qualified for A finals it was the most successful Maadi Regatta for Otago Boys' Rowing that anyone can remember. In total, the boys qualified for ten A finals and two B finals - an outstanding achievement for a squad of our size.

Crews from all age groups qualified for the medal finals and we had two races with two crews competing, which shows the depth we have in the squad. It is worth noting that all crews that made an A final are in the top 8 for the country. No mean feat considering some classes started the week with over 50 crews entered.

A very large debt of gratitude is owed to the coaches and parents who mentored and supported the boys throughout the season. The rowing club would not exist without their efforts. Next season promises to be a very successful one for Otago Boys' Rowing based on the excellent results of this season.

Those interested in being a part of the Otago Boys' Rowing squad for next season should contact the Club Captain, Thomas Ryan. 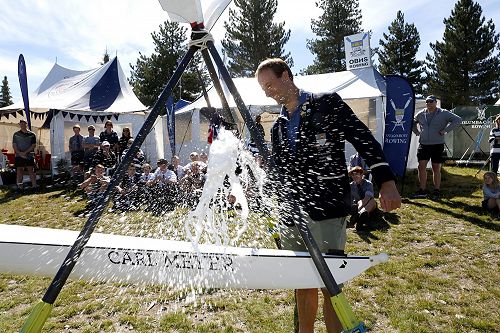