Old Boy and ex Dunedin Mayor Peter Chin, spoke in Senior assembly this morning regarding both his background and his connection to the school and community.

As a Chinese New Zealander Peter spoke candidly about the experience of early migrants and the Poll Tax. He also spoke of his own family and the importance of education.  As he put it, his parents gave him a choice - to study hard at school or to be like them, work for the rest of his life in a fish and chip shop!

He has worked in Dunedin as a lawyer since 1968.  First elected in 1995 to the Dunedin City Council, representing the Hills Ward, he served three terms before becoming mayor in 2004, replacing Sukhi Turner who was retiring as mayor. He was re-elected in October 2007 with an absolute majority.

In 2003, he was awarded Companion of the New Zealand Order of Merit, for services to local body and community affairs.

The students appreciated his candid words and his enthusiasm for the arts and the city of Dunedin.  Peter received a well deserved standing ovation at the conclusion of the assembly. 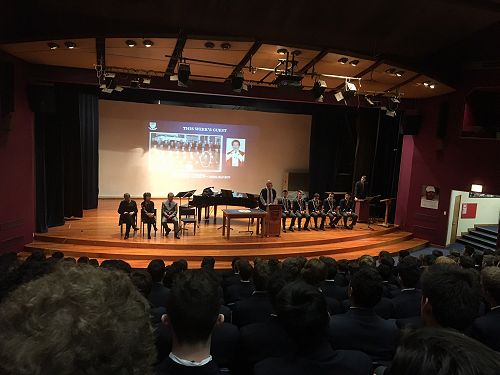