The Otago Volleyball Championships were held at the Edgar Centre last weekend.

Full of energy, both on the court and off with their amazing support crew, the Year 9's played some outstanding volleyball in day 1 and really pushed some big Year 10 teams.

Their first game was against MAC. Tall, athletic and big hitters, but our boys were not intimidated. Our service game and scramble put pressure on them and we almost took out the first set, narrowly going down 24-26. They hung in the second set also, but unfortunately went down 19-25.

Game 2 saw them up against our 10 Blues. Again, they brought the energy and it made for an intense and passionate game. Paul and Adrian played well and Olly and Xavier scrambled all night as setters. The Year 9's went down 0-2 but not without giving 10 Blues a bit of a scare or two.

Our first game was against MAC. They were always going to be tough as the element of surprise from not knowing what they offered is always a tricky situation to deal with. We did expect them to be a good team, and good if not great they were. In what was a thriller of a 3 setter, our boys showed tactical dominance to beat an impressive MAC 2-1 (25-21, 18-25, 25-20). Game 2, we let it slip against our Year 9's. Their strong service game made it tough for our receivers to get the ball in to our setters with any accuracy. Nonetheless, we strung some good volleyball together to take it out 2-0

Another strong day for the Year 9's with solid games against Bayfield 10A, King's 10A and B and Bayfield Year 9's. In the game against BHS A they went down 0-2 but fought hard in the 2nd set to keep the scores tight (21-25). Against King's A, they took a while to get into it, fighting back strong in the first set. The 2nd set was another story. They held the lead all set and managed to win a cliffhanger (26-24). This ended up being the only set King's lost in the whole tournament. Our lads could not produce the same fight in the 3rd but respect was earnt and they should be very proud of their performance. The 9's won their first game against BHS 9's (2-0) in the afternoon. A well deserved win for the team. Coach Nick Sharp put it down to their positive attitudes. Unfortunately they went down against KHS B in their last game.

Our Year 10's had a mixed day in day 2. Up against BHS 9's, we made things hard for ourselves in the first set with simple errors. We managed to build pressure and took out the set 25-16. The second set we came out firing with strong serves, winning it 25-8. Our game against KHS A was always going to be a crucial game. We played amazing volleyball in the first set but King's hung in and hustled well. Up 24-21, we let them back in and they served the set out 24-26. This was a massive confidence killer for the lads and they found it hard to get up for the 2nd set, eventually going down 14-25. A disappointing game knowing that we had every chance to take it from them. But they wanted to win it more on the day. Well done to Kings! The boys refocused and took out our last 2 games 2-1 against KHS B and BHS A. Unfortunately, we could not retain the title and with that the 3peat, 2nd place it is for us in 2017. Nonetheless, our team is stronger for the experience. Some much needed tight games will serve us well for the heat that is South Island volleyball.

A big thank you to all the parents who gave up their time to come and support both teams. In my years of coaching, I can not remember the last time we had our benches filled with parents supporting. Thank you also to Kirsten Taylor for looking after the 9 Blues in the absence of Steven Sharp. Nick Sharp did an awesome job with the 9's and will join them at the S.I tournament. Thank you to Metusela Nafatali and Cody Taylor for helping out with the 10 Blues, especially when I was away in the afternoon.

If I missed anyone out, my apologies. Our focus now turns to the South Islands.

Thank you to  Angela Ruske for the photographs. 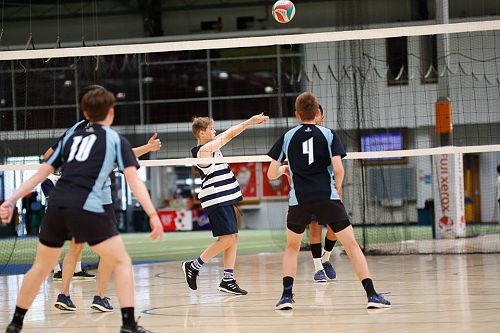 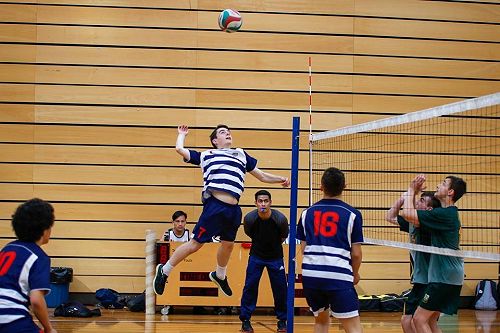 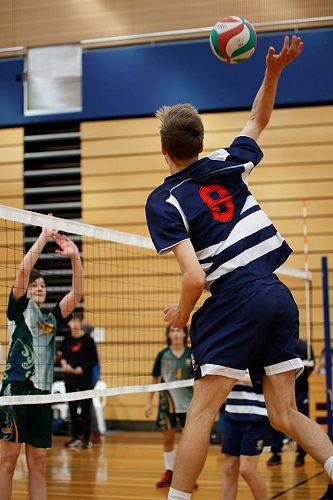 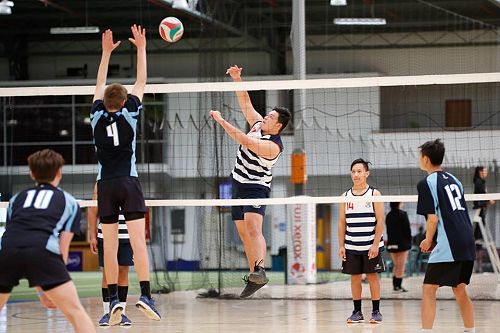 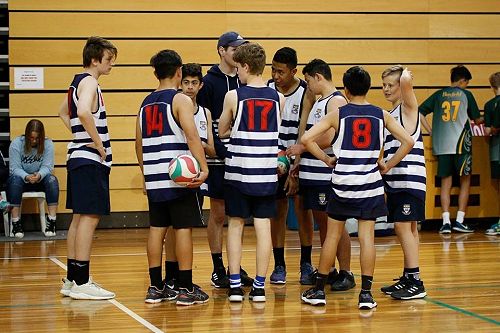 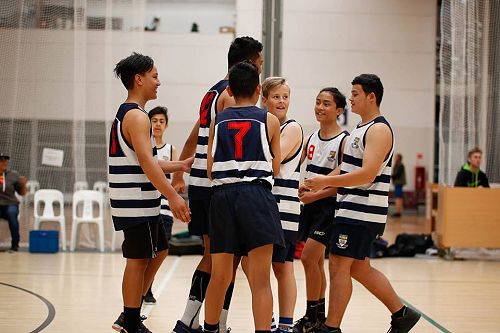 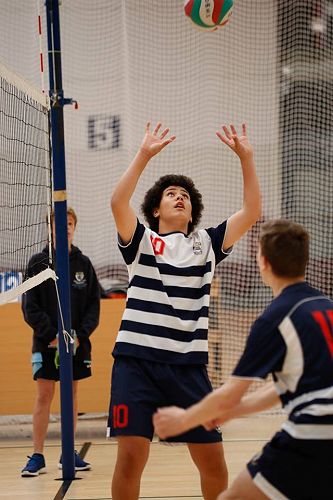 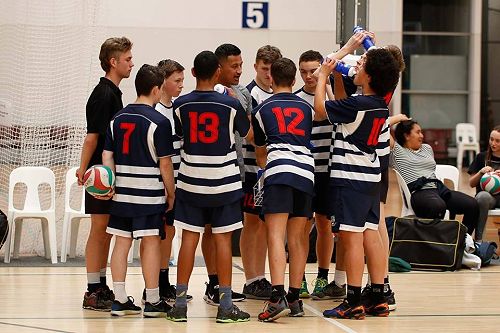