Lessons learnt and adventures shared were the outcomes of the first International student's Lodge trip.

The first lesson: If you have the right gear you can go anywhere! That was certainly the case with the weather that the four German International students accompanied by Mr Matehaere found on this trip. In the 5 days spent around the Mt Aspiring national park we experienced rain on four and snow down to the lodge on the last day.

The second lesson: You can only get wet once, when crossing rivers up and down the East Matukituki. This was the one fine day we had.

Day 1 Getting into the lodge. Four students from Germany Friedrich Elsesser, Finn Kruska, Christian Frank, and Tim Keune were accompanied by Mr Matehaere to the OBHS Lodge in the Matukituki Valley. The first challenge was getting there. With steady rain falling all the way from Wanaka to the OB's bridge, the chance of a difficult crossing of McPherson's Creek was always on the cards. This proved to be the case when an alternative crossing point had to be found and even raising the level of the plank's supports for the second run. Once the fires were started the first attempt at putting the water in failed and water needed to be used sparingly.

Day 2 Still raining we decided a leisurely bike ride up to Aspiring Hut was in order and this was undertaken with a quick gear check which certainly did not require sunscreen. A ride up the track and over Wilson's bluff to Aspiring Hut went without too much trouble other than stopping the rain from seeping down the top of the raincoat. A wet and sodden track made for wet boots and lower body and the hut was a welcome refuge before we headed back to the lodge. We met a group of 19 other students who were spending the night at Aspiring Hut where the boys found other German speakers to chat with around the fire.

Day 3 We finally got the water in before heading out into the the sleet and rain for a couple of river runs. The boys were treated to a slightly swollen river with a couple of spills into the water and all but one of the boys keen to wait for the return of the van for a second run. With snow on the hills and the sun shinning at times it was a "great to be alive" experience. Hot showers were enjoyed and a chat around the fire with "smoors" experienced for the first time by the boys.

Day 4 We saw a break in the weather and decided a trip up the East Branch to Junction Flat and up the Hester Pinney falls for lunch and a swim. We caught the view of Mt Aspiring for the first and only time of the trip, which again was majestic. River crossings made the trip quicker and a lot more fun. Attempting to ride the bikes down river in waist deep water was not as successful as hoped but again more fun in the water.

Day 5 brought more rain but the boys weren't deterred from preparing to head up the Rob Roy track and plan for another float trip on the river. The weather in the valley was atrocious as we headed up the track having to look at the ground to keep from having the driving rain sting our faces. As we made it into the bush the wind eased and we made our way quickly up the track making it to the top of the walk. Lunch in the rain is only amusing for so long and after a quick glimpse of the blue glacier we headed back down. Assuming that the boys would have had enough of getting wet was completely wrong and we changed in the shelter into kayak gear and headed back down the river. The boys attempts on trying to send Mr Matehaere into the river were unsuccessful but they did manage to get their revenge by using up all the hot water!

A BBQ dinner was followed by relaxing around the fire and when heading to bed thinking the rain had stopped we were surprised to see that snow was falling on the lawn in front of the lodge.While snow makes for fantastic photos it poses problems when trying to get out of the lodge.

All in all a great trip was had with the boys taking an extended weekend.

More adventures on the horizon soon! 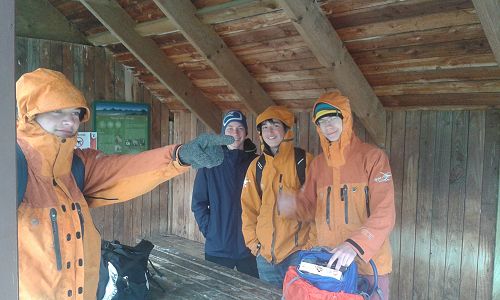 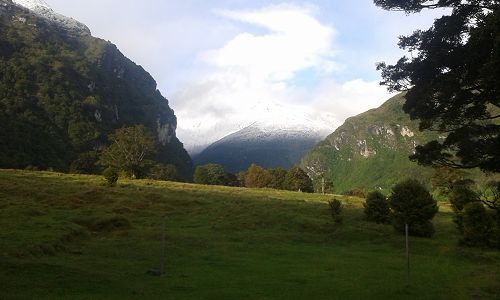 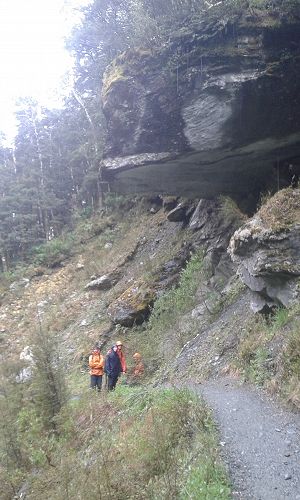 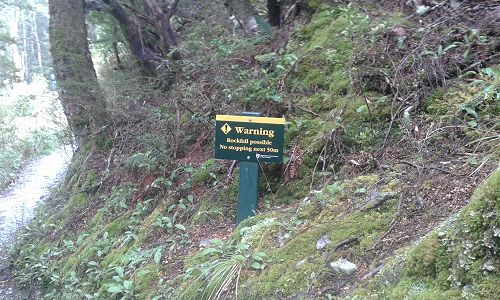 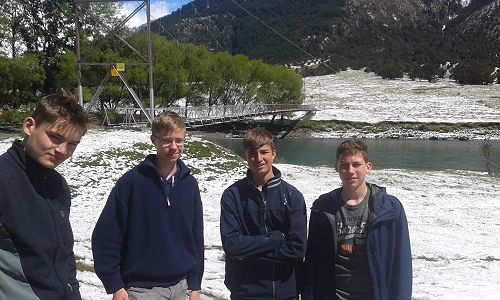 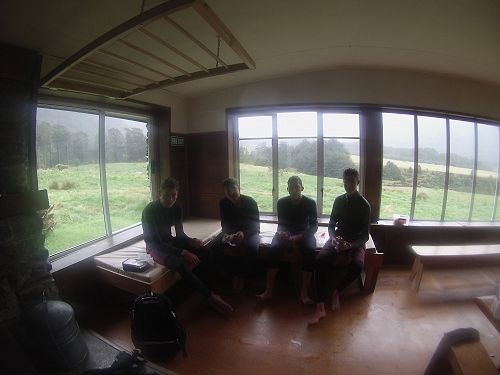 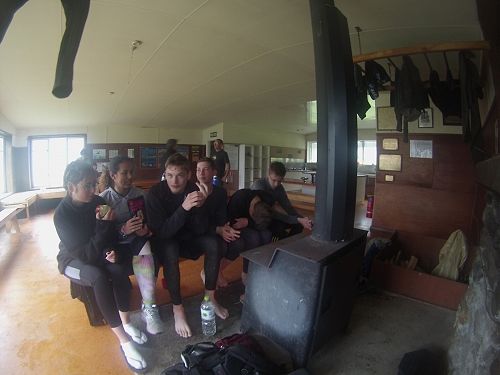 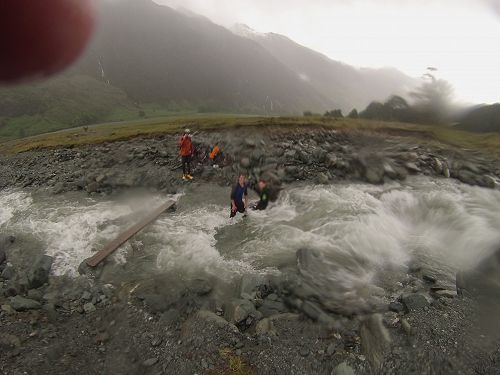 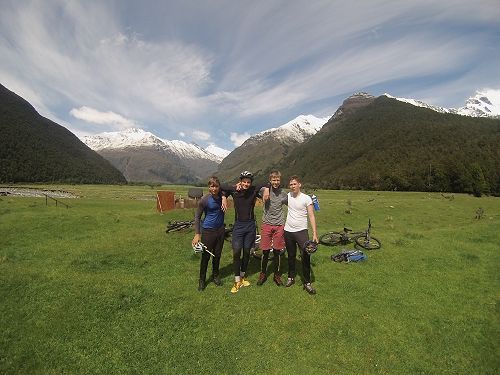 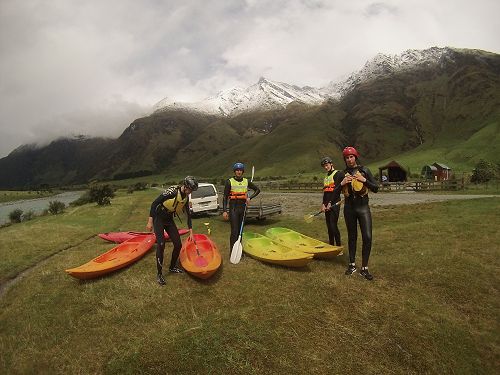 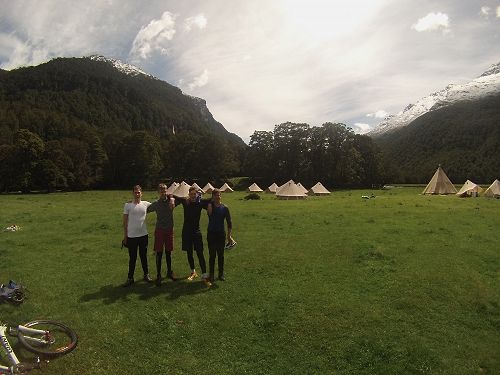 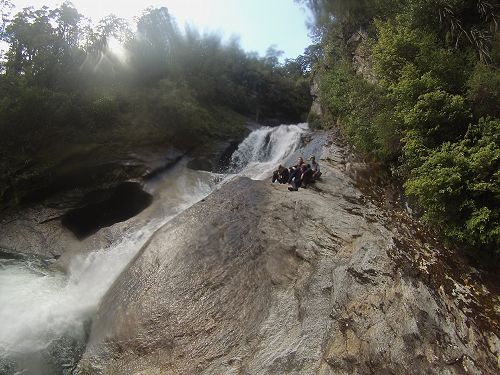