Saturday 28 October 2017 - A day to remember. It was the day for the inaugural OBHS staff rugby side to play a match against the over 35s Kaikorai Demons.

Background
Andy Turner and Ryan Martin decided a staff rugby match should become a part of the annual calendar of events at OBHS and convinced 11 staff members to become committed to the cause. Another 6 players were added, mostly older Old Boys (over 30) and the dream was born.

Preparation
One training session, a warm up at the venue, and some special words of encouragement from our elder-statesman coach - Manager Kevin Gledhill based along the lines of the school values was all that was needed.

100 % completion  All players were to complete their assignment, for the cause.

Perseverance  All players were to persevere, not to give up, to soldier on, to overcome any fatigue.

Excellence  Nothing short of excellence was sought from all players, to give their best for the battle that was to come.

Courage  Players were to show courage, to honour the jersey, the values of OBHS and to do what is necessary for the team.

The Game
A comprehensive victory 20 -10 (4 tries to 2) to the staff team. A very physical encounter, strong ball carries and clean outs, strong tackles, and enterprising backline play against a team who showed similar endeavor, especially in their 2nd half revival.

Several warnings given by referee and a yellow card showed it was a serious match. Half time oranges and a few refreshments afterwards.

Action photos via the lens of our intrepid photographer Tony Gabbusch.

The Up Front Boys (Forwards) the concrete mixers

Stuart Tagg (Prop) Industrious and vigorous around the field, some strong ball carries and effective in the clean outs. Tackled with venom.

Mike Hall (Flanker/Lock) The outstanding forward on the day. Tireless worker into everything, strong ball carries, offloads, tackles, cleanouts. He did it all with ease.

Ryan Golder Loose forward. Did what all good loosies do, made his tackles, support players and carried well.

The Finishers, the Creators / Distributers. The Backline Boys

Kelvin Mc Crone (First 5/8th) Ran the cutter well, always looking for players to put into gaps, high work rate. Set up his midfield well, and made his tackles.

Andy Turner – Enoka Taufua The Midfield Warriors. Both were subtle and direct. Combined well, supported each other, created space for outside players. Impressive scramble tackle to prevent certain try by Andy Turner, and both had an influential impact on the result.

Mark Alderton – Andy Willmott The Wingers. Both elusive and fast, good footwork and support play saw Mark Alderton score a great try, evading many defenders along the touchline, and also a try- saving tackle when a try was certain. Andy also making a significant contribution, especially from broken play.

Great occasion, great company, great to see staff dusting off their footie boots and having a game of footie again. 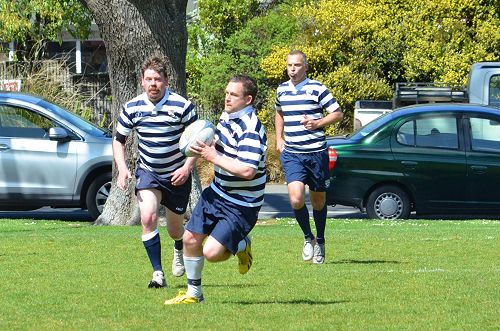 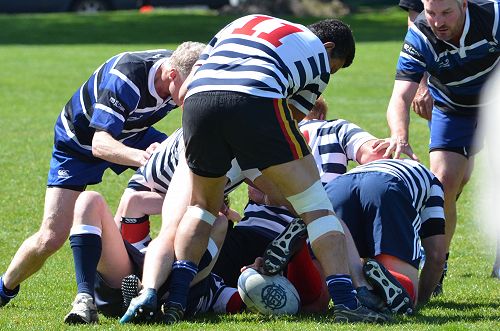 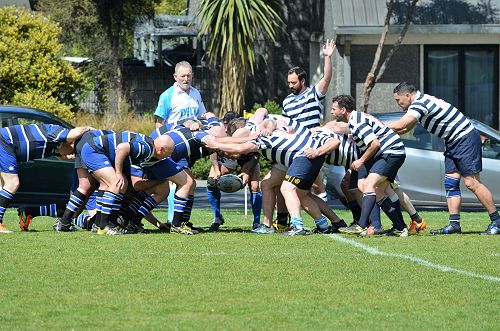 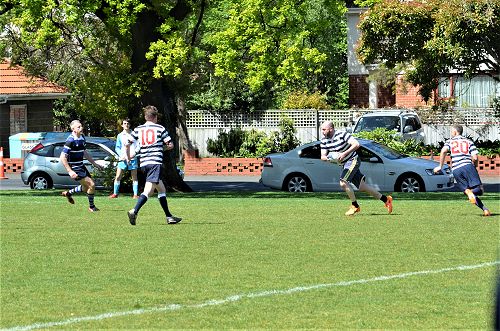 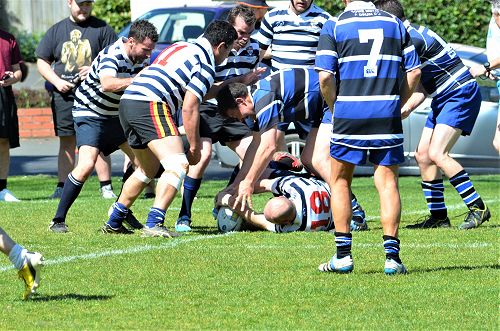 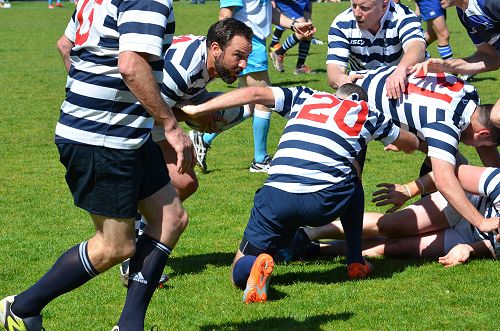