Last week OBHS old boy Samuel Wardhaugh spoke to a Year 10 class and senior students about his career path to date and the processes involved in joining the New Zealand Defence Force.

On Monday January 30th I flew to RNZAF Base Woodbourne and took the first step to a new career. I swore my allegiance to the Queen and became part of the Royal New Zealand Air Force.  This was indeed the first step of a long, intense and hugely challenging 13 weeks of physical training, weapons training and class learning about the Royal New Zealand Air Force, its history and the immensely important role it plays for New Zealand and our partner nations. During this recruit course we were pushed to the limit 24/7.

From the time our days began at 0530, we were under constant pressure with strict timings to meet which continued until lights out at 2230. I learnt to do everything fast. Shower fast, eat fast, move fast. Our morning shower was about 20 seconds long and in the mess, we would choose our meals by what we could eat fastest rather than what we liked the look of the most.

Fatigues were carried out every morning with tasks such as cleaning our windows and polishing the shower trays undertaken daily. These tasks were inspected thoroughly by our instructors and if they were not up to standard, we could expect hours of remedials that evening.

At 0745 we would have our bed-space inspections. Standing to attention in the corridor outside your room, your bed-sheets ironed and pulled tight over your bed- the fold exactly 30cm, all lint removed from your duvet which lay folded at the foot of your bed up to halfway, pillowcases ironed free of all creases and pulled tight, all uniform perfectly ironed hanging in your wardrobe in the precise order, all coat hangers exactly two finger spacings apart, the items in your toiletry drawer in size order from the front and your underwear folded neatly in its drawer. And then it was the issue of dust. You were to dust every horizontal surface in your room, every day. This included under your boots in the bottom of your wardrobe and even under your bed. Attention to detail was a key aspect of the training.These inspections could sometimes take as little as 15 minutes, but more often than not, we were standing to attention for closer to an hour. I only fainted once.

From there we had very little time to get our kit together for the day before forming up outside, ready to march away to our first lesson. We marched as a flight everywhere we went. At the beginning of course these lessons included RNZAF history, values, standards and general information needed to be part of the organisation. As well as drill and weapons training for hours on end.

The end of PT sessions were the worst part of the day. We would be given fifteen minutes to have all 70 of us through the 8 showers, dressed to inspection standard and outside ready to march to our next lesson.

Our working days technically finished at 1630 but this did not take into account the hours of clothes washing, boot polishing and ironing that needed to be completed before bed at 2200. Any uniform worn was to be washed and ironed every day. I was often in bed using my final half hour before lights out at 2230, folding socks to inspection standard and sewing name-tags back onto clothes.

One of the more challenging parts of the course was the CBRN training. This training involved learning about chemical, biological, radiological and nuclear warfare including how to wear the protective equipment such as respirators and suits correctly.

The highlight of recruit training was our field exercise at Dip Flat. This week long exercise involved putting skills such as weapons handling, target identification, first aid, navigation, radio procedures and combat tactics learnt throughout the course into practice, while protecting our location from an ‘enemy’ force.

As the weeks went on, timings became more relaxed but the work load and standards never eased up. It was an amazing experience and I am sure it has allowed me to learn the necessary skills and standards that are required of an Airman in the Royal New Zealand Air Force.

Following recruit training, I was posted to the Medical Flight at RNZAF Base Ohakea, awaiting my medic training to commence at Burnham Army Camp near Christchurch in July. Since being posted to Ohakea I have had many exciting experiences which include flying in and then getting winched from an NH90 Helicopter; staying at Trentham Army Camp in Wellington before being part of the Royal Guard of Honour Parade held at Government House, welcoming the Australian Governor General to New Zealand; as well as working at Linton Army Camp in Palmerston North to configure Army Medium Heavy Operational Vehicles before they are to be loaded onto HMNZS Canterbury for their deployment to Australia in a couple weeks time for Exercise Talisman Sabre.

I am thoroughly enjoying my time at Ohakea but I am also really looking forward to the next stage of my training and the many challenges it will bring. 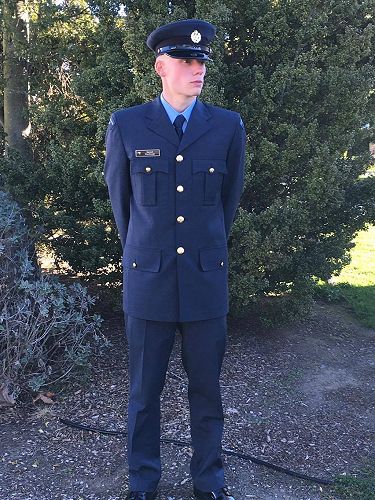 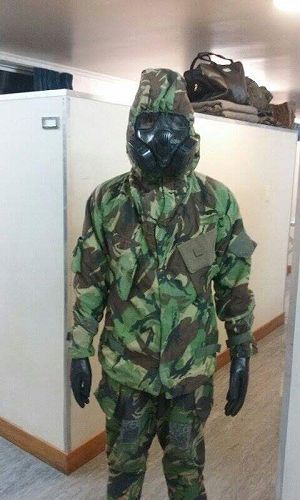