The childhood dream of South Otago farmer Nigel Woodhead came true when he won the right to represent Otago/Southland as a Grand Finalist at this years 2017 FMG Young Farmer of the Year.

The 28-year-old won the title convincingly against stiff opposition and was visibly shocked when his name entered the history books.

The Milton sheep farmer broke the hex of finishing runner-up after he came second in two previous regional finals and showed he was all class against a field that also featured former Grand Finalist Steve Henderson.

And although elated to have made a Grand Final, Nigel said the story was only half finished.

“This is just another step towards my ultimate goal of bringing home the FMG Young Farmer of the Year title to Otago.”

Nigel showed his all-round skill when he won the Massey University Agri-growth Challenge and the Meridian Energy Agri-Knowledge Challenge and placed highly in all other facets of the Contest including practical modules.

Second placed Alexandra agronomist Alan Harvey showed why he will be a tough competitor in years to come with the 25-year-old winning the AGMARDT Agri-business challenge and the Ravensdown Agri-Skills challenge.

Lyndon Wallace rounded out the top three and took out the Agri-sports challenge and pushed Nigel and Alan hard during the practical day - held at Mt Benger A and P Show in Roxburgh.

But the weekend belonged to winner Nigel Woodhouse whose immediate priority was on marrying fiancée Leanne Ousthuizen in six weeks time.

“But after that all roads will lead to the Grand Final in the Manawatu!”

Contest Chairman Dean Rabbidge was delighted to see Nigel take out the title and said he epitomised the high regard the FMG Young Farmer of the Year has among the Primary Industry of New Zealand.

“Nigel is a great example of someone putting their mind to a goal and working really hard to achieve it.”

For winning the Regional Final, Nigel takes home over $11 000 in prizes including a Honda XR150 farm bike, will compete against six other Grand Finalists.

The FMG Young Farmer of the Year Grand Final is taking place between the 6th and 8th July in Manawatu. 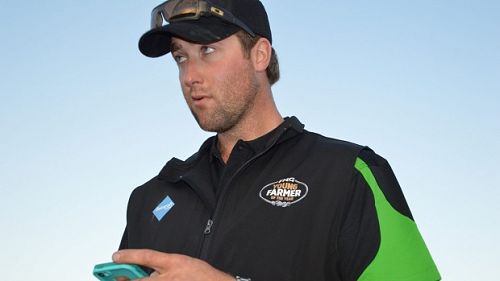 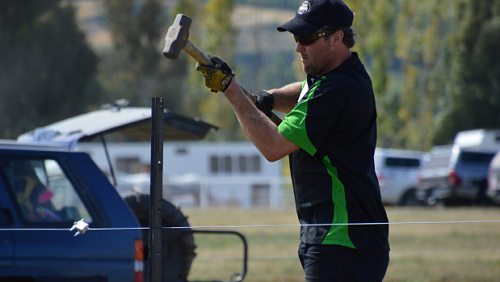