Who remembers their time at Mt Aspiring Lodge?

Our Yr 10 classes have enjoyed their time at the lodge this year and below is a piece written by one of the boys Liam Connolly.

If I had to describe camp in two words it would probably be "beautifully challenging". Why? Because although at points things were tough and sometimes all you wanted to do was sleep in your own bed for a night, what made it all worthwhile were the beautiful rivers, waterfalls and forest, all set against a backdrop of imposing mountains. That set the tone for the week. It couldn't be matched by any other place in the world.

The camp started with an early morning bus ride. As we got closer to our destination, the scenery started changing from the rolling hills of Dunedin into the imposing mountains of Central Otago. Soon after we set off we stopped in Roxburgh for a quick break and a chance to buy some lollies for the journey. After a few hours we arrived in Wanaka for some lunch and Mr Golder had a quick dip in the lake. Packing up, we continued; the road became less even and soon enough we were on bumpy roads in the middle of the countryside. We arrived at the entrance to the valley at midday and after a few minutes of unloading the bus, we were off on our first trek of the week and operation "actually find the lodge" had begun. After what felt like hours of walking (it wasn't that far, but we had just got off the bus after five hours) we turned a corner and were relieved to see the van in the distance, but as we walked closer and closer the relief became confusion as to where the lodge actually was. The group of people ahead of us started walking toward the river, which is when we noticed the bridge that we would have to cross, but there was no magical lodge on the other side. We collected our day packs from the van and strapped them to our fronts. After crossing the wobbly bridge we started to walk across the field. We finally found something that resembled a path and then a river with a plank of wood bridging it. After climbing up the edge of the river bank, the lodge was finally revealed in all of its hand crafted glory.

The next few hours went by very quickly and were taken up with trips back and forward with food, getting settled into our bunks and preparing dinner. After a while we went to the river for a swim in the water that had been advertised as warm, although that might not have been completely true. After dipping our toes in more than anything, we went back and settled in for a night at the lodge. The week unfolded as we immersed ourselves in camp life.

Some standout days for me were the hike to Rob Roy Glacier, where we were lucky enough to see an avalanche of ice, and the early morning kayaking in the Matukituki. These were definitely my favourite parts. The scenery was absolutely amazing and the rapids were so much fun. Evenings were taken up with dam building in the river beside the lodge, ping pong and playing games of "Can Jam". It was so relaxing stepping away from technology and being surrounded by the most beautiful nature in New Zealand. Another highlight were trips to Wishbone Falls, a picturesque waterfall cascading into the pool below. Jumping off rocks and sun bathing beside the rock pool were some of the best ways to recover after a full on day.

The overnight was undoubtedly the most challenging part of camp. Although we were prepared, having to simply put up a tent, make food and still have fun whilst doing so is difficult when being eaten alive by sandflies and struggling to boil water. The trip started with a long trek away from the lodge along the river which included traversing large paddocks and dusty farm roads where there was always the underlying risk of stepping in the elusive cow pat. After getting stuck in the mud on the final stretch, the next task was to set up tents. Eager to cool down, many had thrown on their togs and gone for a dip and had fun jumping off of the rock in the middle of the river. After a while hunger started to set in. Although standing on the side of a windy river eating slightly (very) undercooked pasta with cold sauce on a plastic plate wasn't great, it was cool working as a team. Afterwards finally getting the cooker to work and eating a mixture of undercooked and caramelised (burnt) rice risotto by a fire with friends was pretty cool.

I have been on a few camps before and yes, the team building games and orienteering were great and the swimming and outdoor activities were fantastic, what really made the camp was the beautiful scenery kayaking down the Matukituki River, the unbelievable views walking up to Rob Roy Glacier, and the stunning panorama no matter where we went. What brought us together as a class was something that not many people get to experience and it is the reason we are so lucky to have had the opportunity to stay at the lodge at Otago Boys' High School. 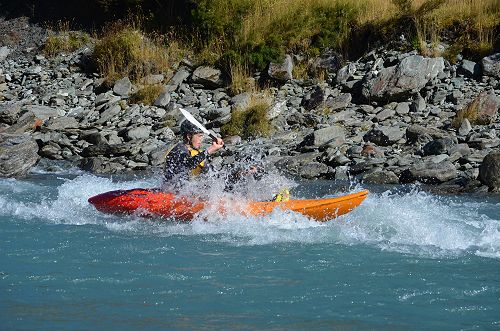 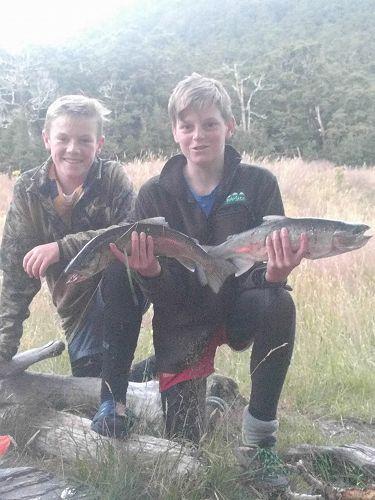 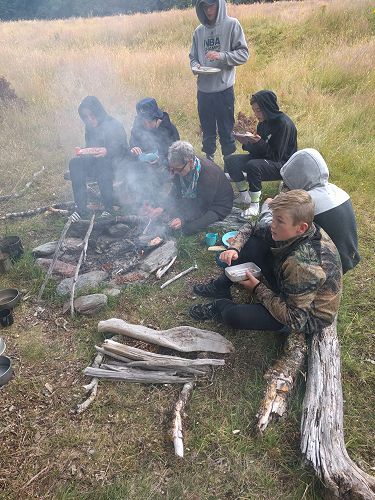 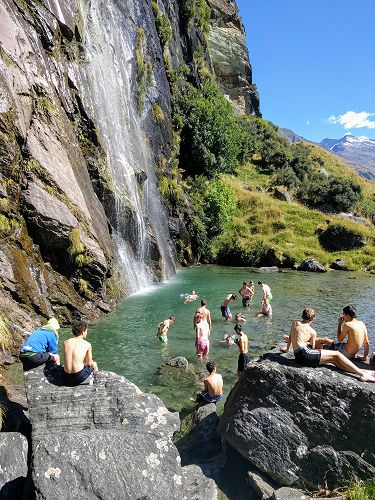 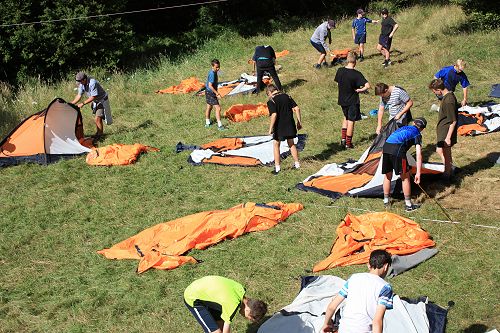 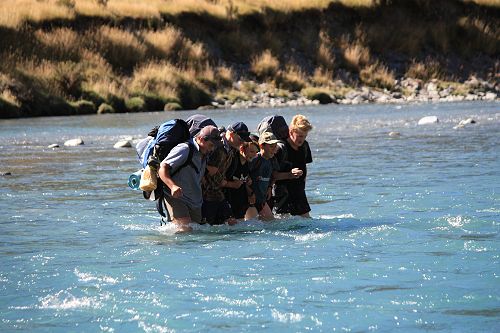