How does one become the youngest board of trustees student representative in the history of Otago Boys’ High School? Ben Sinnamon (18) says a great campaign slogan is the answer. The role is traditionally held by year 12 or 13 pupils, but he managed to win the pupil vote when he was in year 10. “My last name sounds like cinnamon, so my slogan was: 'Spice up your vote. Vote Sinnamon’. Everyone caught on to it and just loved it. You’ve got to play to your strengths, and sometimes your last name is your strength."

Ben’s success in school politics is not just because of his name. He is also an excellent orator with great leadership skills. His ATCl in public speaking and communication, grade 6 in speech and drama, and a Speech Board New Zealand Scholarship have led him to become a school prefect, hostel deputy head and house captain this year.

It is fair to say, Ben has a highly developed competitive streak, which was useful in his political campaign. But it is most evident in his sporting pursuits – particularly in rowing and hockey. He admits being hit by a hockey ball travelling at more than 150km is painful and potentially dangerous, but the feeling of standing in front of the net was “second to none, I swear”. “It’s a great feeling. I love it”. “I broke my hand during training for the final last year, and I was told I would be out injured for four to five weeks. But I needed to play. I didn’t want to let the team down. The passion of being in the goal, being the last line of defence, the make or break in the team – it drives you. So I played with a broken hand. It was so worth it.”

He says he loves rowing for similar reasons. “Rowing is like war on the water.”

Ben plans to study law and linguistics at the University of Otago next year.

Hopes for the future: To study law and linguistics at the University of Otago.

When Declan Su’a injured his back playing cricket in 2014, he was devastated. Spinal compression fractures, caused by the repetitive strain of his bowling motion in top-level cricket, left the Otago Boys’ High School 17 year old sidelined from sport for a season. But he looks back on the time as a eureka moment. “It’s made me realise what my real passion in life is, sports medicine.”

His injury has since healed “thanks to great medical care”, and he has returned to playing cricket for the Otago under 17 and under 19 teams, the school’s 1st XI, the Taieri Senior Cricket team, and playing in the school’s 2nd and 3rd XV rugby team, and its softball team. His injury has taught him not to put all his eggs in one basket, and that a career is important.

On top of his sporting commitments during the past three years, Declan has combined sports interest with medicine, volunteering as a sports paramedic at the Edgar Centre in Dunedin, and has worked alongside sports medics at All Blacks, Super Rugby, ITM Cup and regional rugby games, and at the 2016 New Zealand Masters Games. Helping people is a common denominator for Declan.

When he is not playing cricket, rugby, softball or volunteering as a sports paramedic, he coaches the school’s junior cricket team, tutors at the school’s Pacific Island Homework Club, which aims to raise achievement among Pacific Island pupils, and was a member of this year’s school formal committee.

Declan says his ambition to become a sports doctor is such, he has put his sporting commitments on the back burner to make more time for study. He is hoping to build on his NCEA levels 1 and 2 qualifications endorsed with excellence this year, so he can study health sciences and then medicine at the University of Otago. Ultimately, he hopes to become a sports doctor for Super Rugby team or become a surgeon.

Hopes for the future: To study health sciences and then medicine at the University of Otago.

Thank you to the Otago Daily Times for the use of these articles. 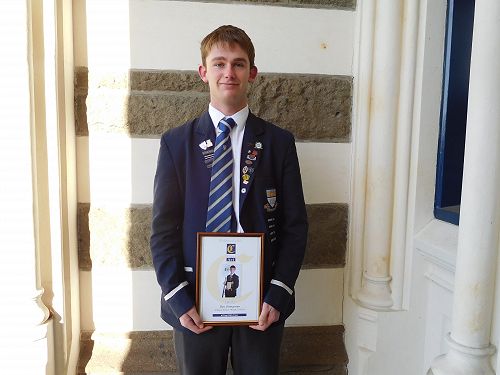 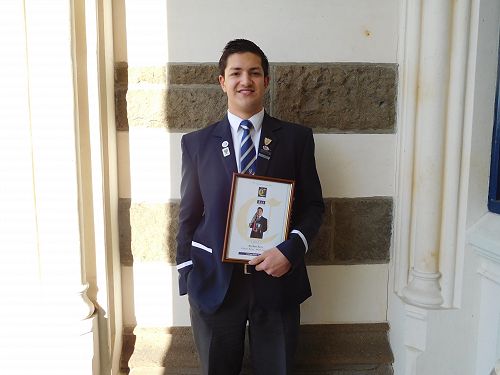