Keith Park attended Otago Boys’ High School in the years 1909-10. His substantial record of achievements and successes is extraordinary, although sadly not well recognised or acknowledged in New Zealand. In 1962 the Auckland Star newspaper noted Park as one of the ten most important New Zealanders.

In World War 1 with the 4th New Zealand Howitzer Battery he landed at Gallipoli 25th April 1915. They were allocated two rounds per gun per day. Hardly the way to win a war! Park later served at the Somme where he was wounded when his horse was shot from under him.

Repatriated to England to convalesce and declared unfit for active Army service, Park learnt to fly with the Royal Flying Corps. Flying over Northern France in a Bristol Fighter F2b he was credited with 20 aerial victories (the last shared).

His major achievements in World War 2 include Commanding Group 11 Fighter Sector (defending London in particular) to win the Battle of Britain, air defence of Egypt, air defence of Malta which led to the defeat of Rommel’s forces in North Africa by cutting off his fuel and supply lines, and finishing the war as Commander in Chief Allied Air Forces in South East Asia. Park was a signatory to the first Japanese surrender document signed in Singapore.

“If any one man won the Battle of Britain, he did. I do not believe it is realised how much that one man, with his leadership, his calm judgement and his skill, did to save not only our country but the world.”

Sir Keith’s peace time record is no less significant. From his commercial activities with Hawker Siddeley in the 1920’s and 1930’s, and post-war he foresaw the potential for commercial aviation. In 1950’s he was Chair of the group that persuaded the then New Zealand Government to purchase land at Mangere for Auckland International Airport. A little later he was Chair of the construction committee, but no recognition of him there either.

He served three terms as a City Councillor being highly ranked in each election. His efforts and philanthropy supported the blind, St Matthews Church, epileptics, the homeless and disadvantaged, and other worthy causes.

My project is to complete a memorial to Sir Keith at the Thames Airfield, in the town of his birth. Stage 1, a full-sized replica Hurricane fighter in his personalised Battle of Britain colours, was completed and inaugurated September 2020. We are now looking to complete Stage 2 - a 2.3m bronze statue by the renowned sculptor - Joanne Sullivan – with supporting landscaping and lighting by September next year. 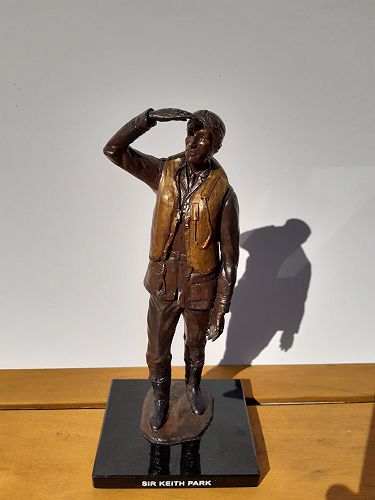 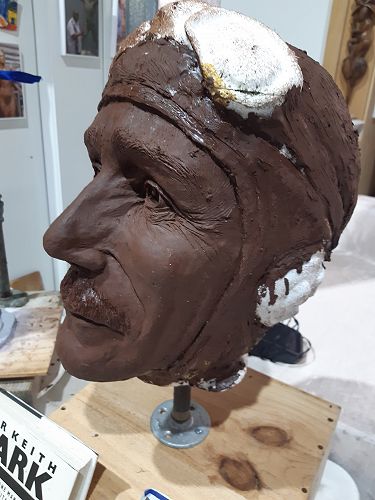