This event was quickly put together by Coronet Peak staff. With the cancellation of the South Island Secondary Schools’ Mountain Biking Champs, it was great that students still got this opportunity to race. Also, with Coronet Peak set to stage the South Island Champs next year, it will be a big advantage for those who got to ride this event.

Unfortunately Covid took a large number of our riders out of the start list. We did though have four riders contest the Downhill (on the Saturday), with James Howard staying to race the XC on the Sunday, too.

The Downhill was the biggest event of the weekend and with a large number of the local schools competing, our boys were always going to be up against it. Local knowledge is a significant advantage in a race that is often decided by less than a second!

In saying this, the boys got plenty of practice runs and with only one seeding run before the final timed run, we were confident of pushing those at the pointy end of the field.

Alex Gilchrist really impressed but in his final run (something he is making a habit of in Schools’ events!) finished spectacularly, collecting the finish chute and he had to run his bike over the line. He finished 4th, just off the podium. Riding against many older boys, he is well placed to have success in future events. James Howard was the big improver over the day. While perhaps not considering himself a downhill specialist, he managed to finish 7th. Tom Dunn spent a considerable amount of time with the mechanics fixing broken bits of bike. He was able though to nurse it through to the final run, and placed 10th. In the younger age group, Shaun Hasler finished a respectable 12th. This was more impressive given it was Shaun’s first time riding at Coronet Peak.

The highlight of the weekend (unless you have seen the video of Alex crossing the finish line in the Downhill) was James Howards’ 2nd placing in the Senior boys XC race. In hot conditions, and with a lot of elevation thanks to an extra lap being added, he finished behind the seemingly unbeatable Eddie Adams.

Thanks to the parents who took their boys to the event. Hopefully it will bring some reward at next year’s South Island Champs! 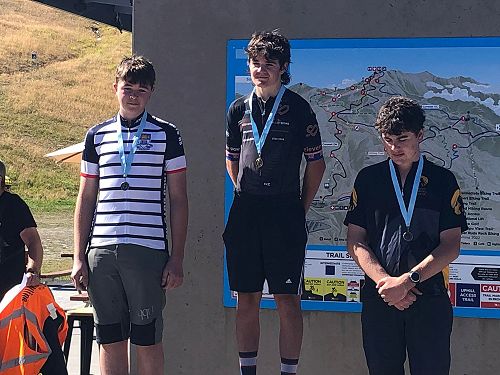 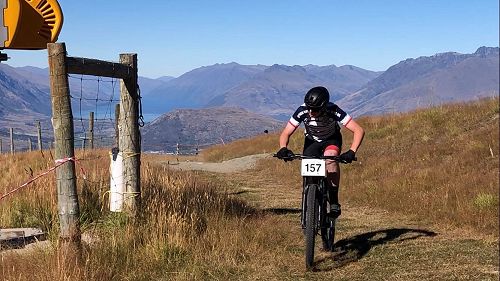 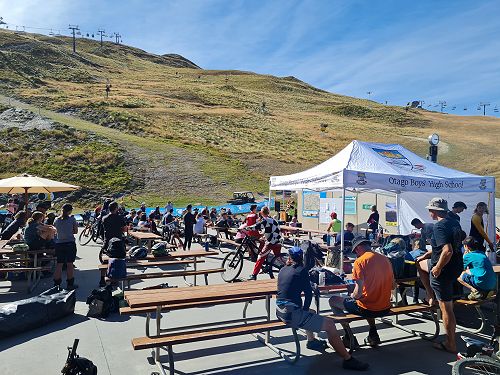 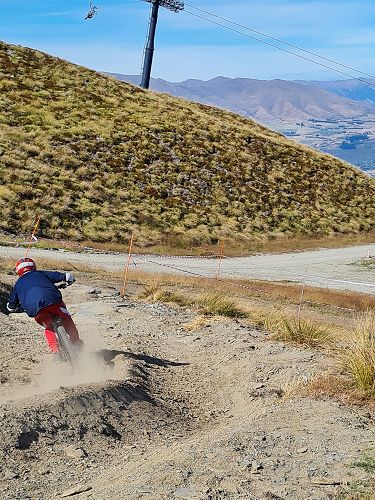 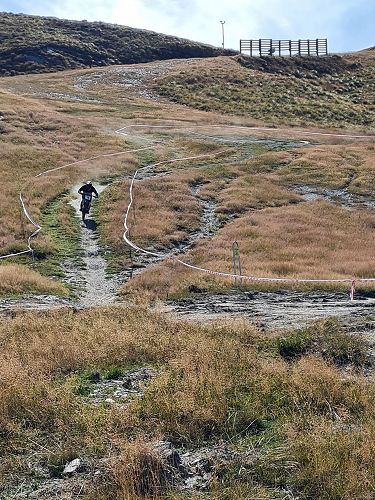 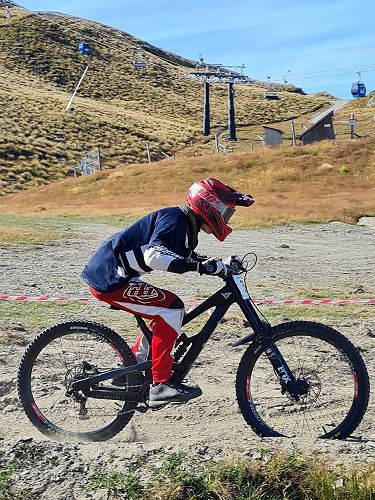 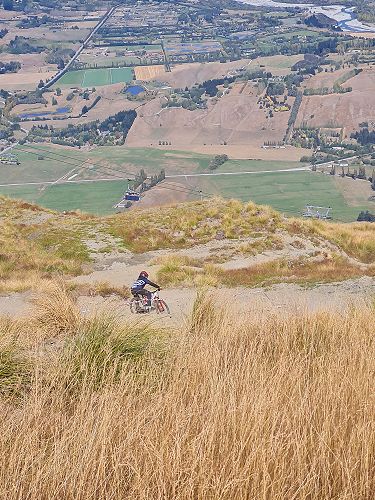 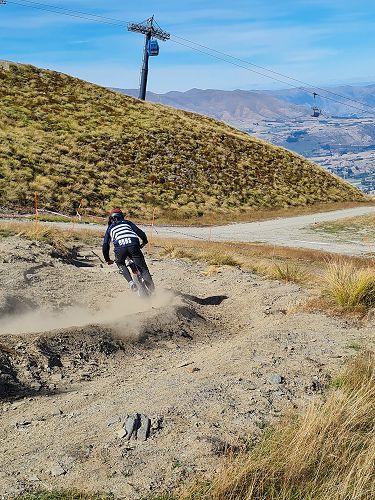 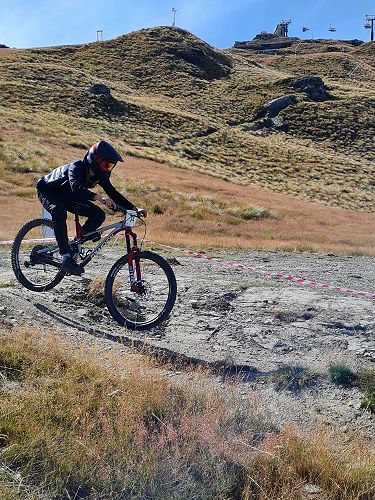 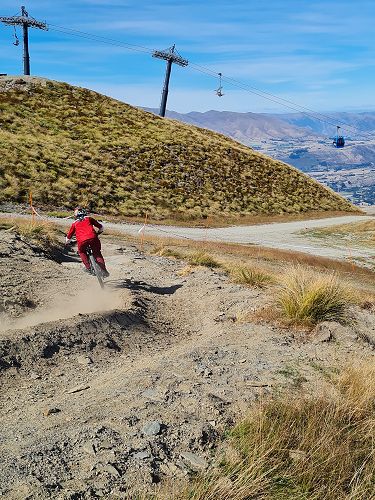 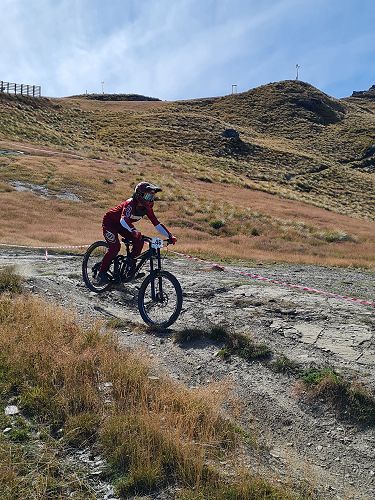 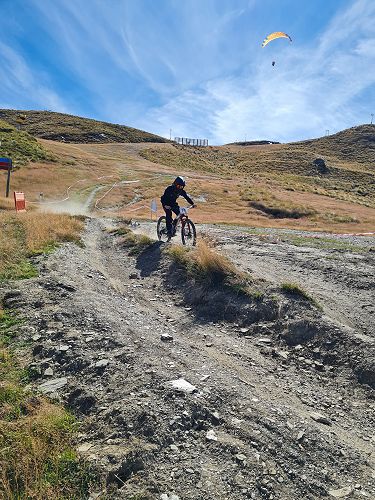 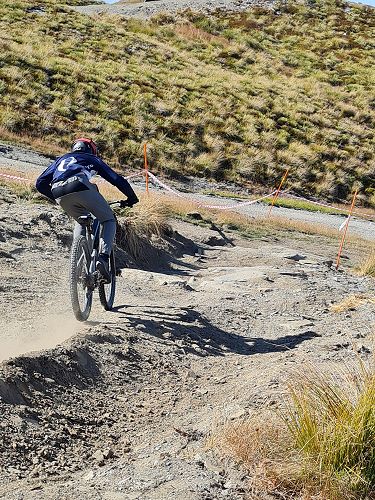 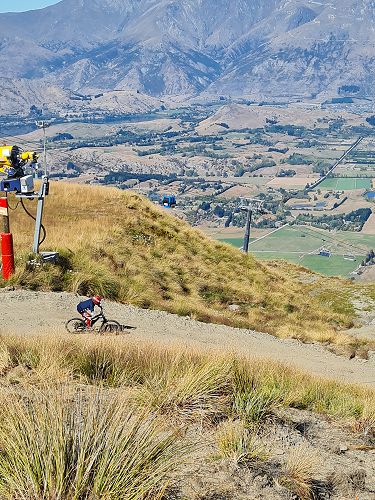 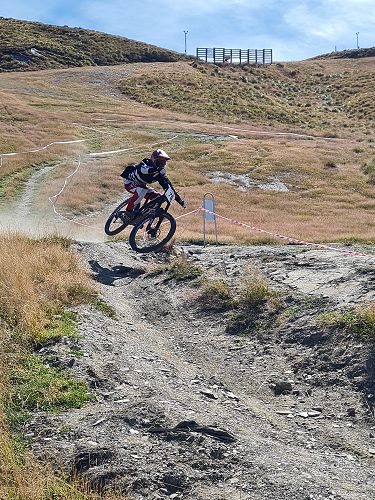 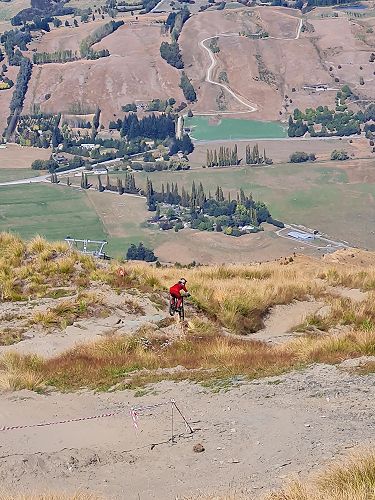 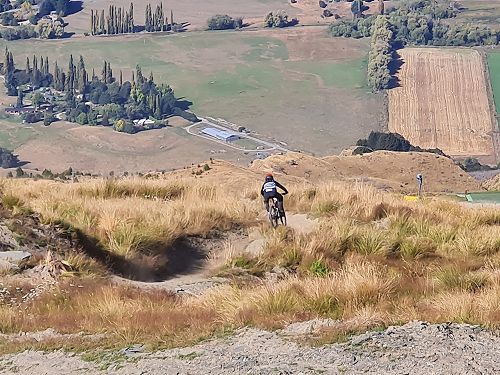 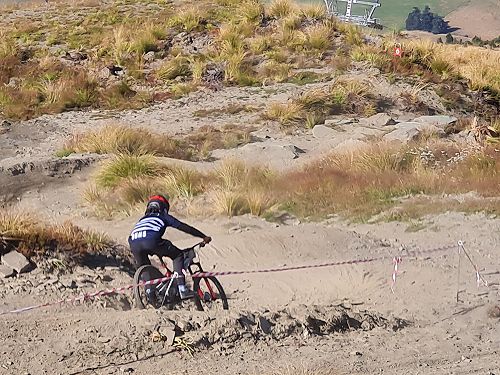 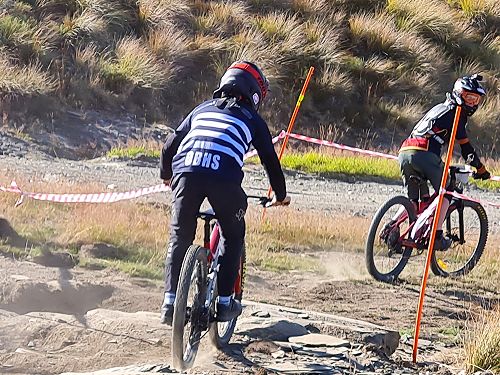 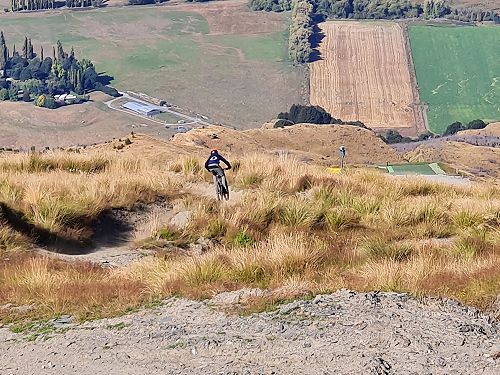 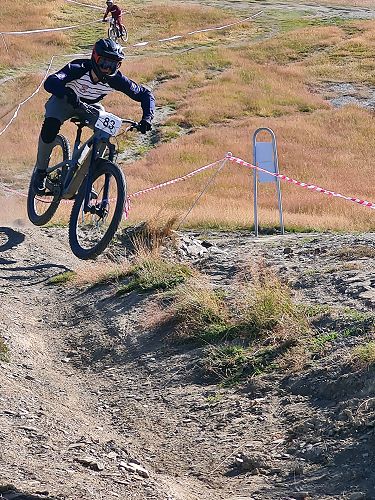 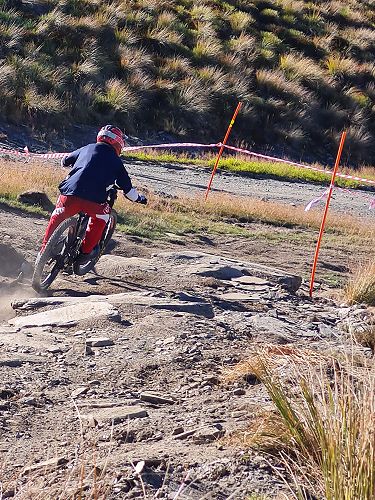 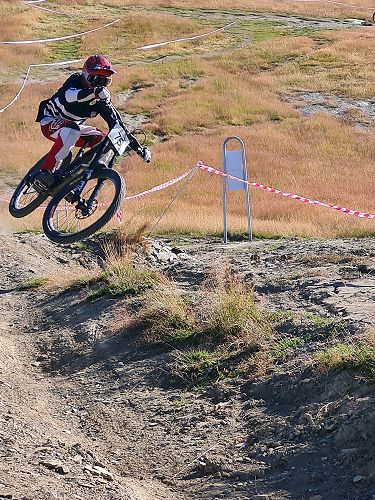 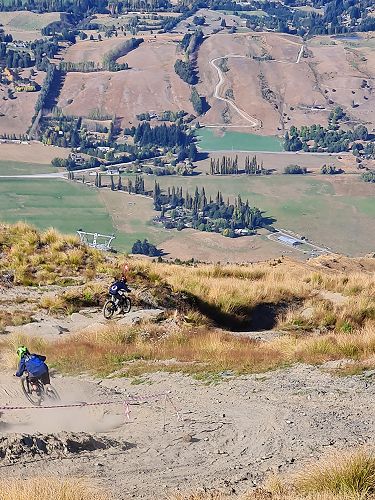 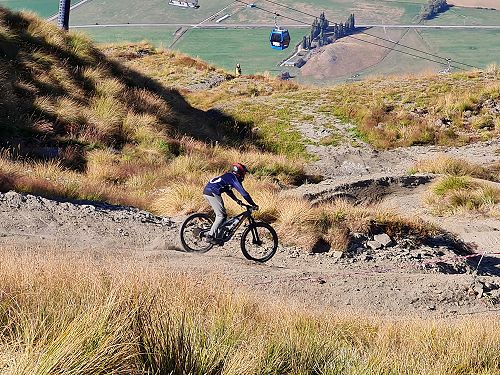 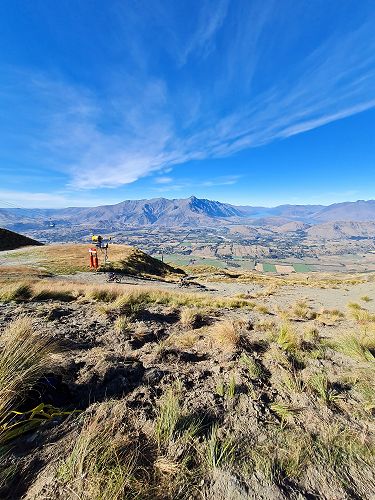 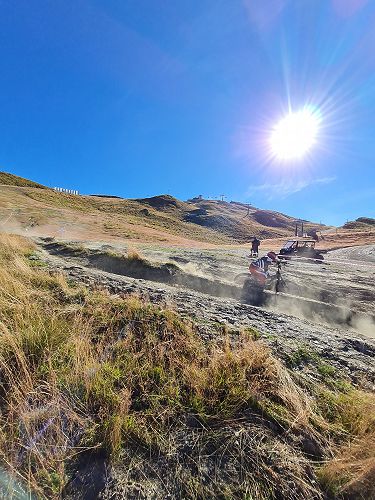 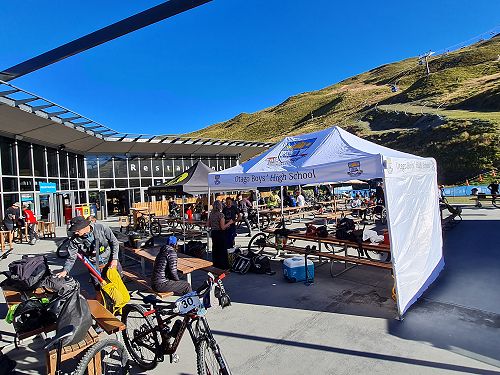