This three-day event is the last chance to get prepped for Maadi Cup, and despite some difficult circumstances the boys stepped up to the challenge through 13 events with everyone taking a medal home! This is testimony to not only the big effort our boys have put in through the season, but also the incredible work our coaches do.

Our U16 boats competed well, culminating with a bronze in the U16 coxed eight event (C McFarlane, A Chittock, T Dennison, L Heffernan, R Ozanne, H Thode, N Alexander, J Tisdall cox G Anderson). In the U17 events, Jed Tisdall stepped up to have a go at the single scull, while the coxed quad scull achieved a well fought 5th in the A final.

At this stage the Maadi Cup is still on the 28th March – 2nd April, but in a restricted format for U16 crews and over. A bit disappointing for our novice and U15 boys, but they should have the opportunity to compete in the Maadi Cup next season.

We’d like to ‘tip our hat’ to our incredible coxswains, the unspoken heroes in the sport of rowing. While often the smallest member of the crew, they play the most important part – controlling and steering the boat, executing the race plan, and pushing that little bit extra out of the crew. Without our cox we can’t row. So to Rylan Nichol, Dylan Young, George Anderson and Harvey Brown, thanks guys for your great work!

And a quick thanks to our great parents who have contributed so much through the season. From the early morning taxi service into the harbour training sessions, running boys to regattas, managing the catering and the parent help while away at regattas, and the huge amount of work behind the scenes. The boys wouldn’t get this great opportunity without you!

Photos kindly provided by Sharron Bennett. Further photos of this regatta, plus upcoming Maadi Cup are available through Sharron. 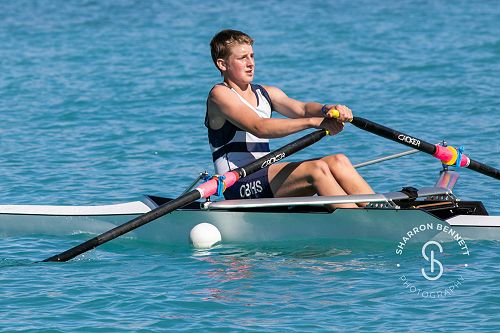 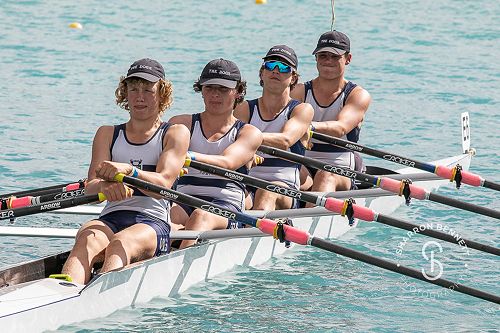 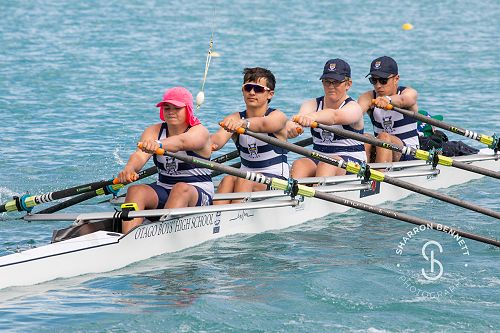 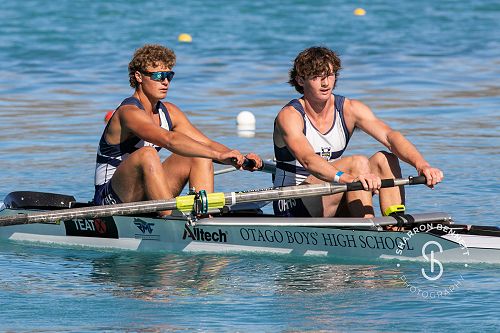