The story of the pioneering surgeon who developed a host of new treatments during the Second World War to help heal disfigured airmen and shaped the field of plastic surgery for years to come is set to be told in a new musical.

Writer and comedian Andrew Doyle, from Northern Ireland, has made New Zealand surgeon Archibald McIndoe the subject for his latest project, which is still in the script development stage, according to The Spectator.

Sir Archibald developed new methods for repairing skin damage in the 1940s, when working at Queen Victoria Hospital in East Grinstead - with the Sussex area becoming known as 'the town that did not stare', as his disfigured and recovering patients went about trying to rebuild their lives.

Referring to his more than 600 patients as the Guinea Pig club, his work has influenced contemporary treatments and resulted in the recovering airmen forming lifelong bonds.

Formed in 1941, the men took the name of their club from the guinea pig, because of the experimental nature of the surgical procedures they underwent.

Writer and comedian Andrew Doyle, from Northern Ireland, has made New Zealand surgeon Archibald McIndoe (pictured with his patients during the Second World War) the subject for his latest project, which is still in the script development stage

The Sussex area became known as 'the town that did not stare', as his disfigured and recovering patients (pictured alongside the surgeon) went about trying to rebuild their lives

Around just 15 to 20 of the servicemen are still alive, according to Doyle, and they carried on meeting one another until a couple of years ago.

Sir Archibald moved to the recently rebuilt Queen Victoria Hospital and founded a Centre for Plastic and Jaw Surgery on the outbreak of the Second World War.

He treated very deep burns and serious facial disfigurement like loss of eyelids and made a host of new treatments and discoveries.

The guinea pig club was the name given to the patients of Sir Archibald McIndoe, who had pioneering surgery after the war.

They even had their own song, the first verse of which was:

We are his Guinea Pigs.

With dermatomes and pedicles,

And when we get our discharge

We’d rather drink than fight.'

The club continued to meet annually until 2007, when the numbers were at 97, with many flying to the UK for the socials.

Many of his patients had been badly burned or crushed in their planes during the Battle of Britain.

The surgeon created the walking-stalk skin graft, and discovered that immersing a wound in saline promoted healing as well as improving survival rates.

It was a serendipitous discovery drawn from observation of differential healing rates in pilots who had come down on land and in the sea.

Many of the techniques Sir Archibald developed, when plastic surgery was in its infancy, are still used to save the lives of burns patients.

His major innovation was his method of removing dead skin and replacing it with skin taken from other parts of the patient's body.

Sir Archibald believed cutting away the unhealthy skin within two weeks under anesthetic produced better results - this is something that has become standard procedure.

But as well as developing new techniques for treating badly burned faces and hands, he also recognised the importance of rehabilitating the casualties and reintegrating them back into normal life.

He disposed of the convalescent uniforms and let the patients use their service uniforms instead.

‘He wanted the patients to be happy. He hired pretty nurses. He let everyone drink on the ward, and smoke on the ward, and they wore whatever they liked. They didn’t observe rank,’ says Doyle.

‘And they had to go into the pubs in town and interact with the community, which was absolutely revolutionary. So the town got used to seeing disfigured airmen. Anywhere else in the country they’d be glared at, leered at, and treated like freaks.’

Referring to his more than 600 patients as the Guinea Pig club, Sir Archibald's (pictured) work has influenced contemporary treatments and resulted in the recovering airmen forming lifelong bonds

With the help of two friends, Neville and Elaine Blond, he also convinced the locals to support the patients and invite them to their homes.

They were regularly seen about town defying their injuries, attending dances, drinking in pubs and watching films. Many went on to marry local women and nurses who treated them.

Sir Archibald kept referring to them as 'his boys' and the staff called him 'the Boss' or 'the Maestro'.

However Sir Archibald wasn’t all sunshine and rainbows, says Doyle, explaining: ‘He was a nightmare to work with, apparently. His marriage broke apart. He had a considerable ego. They called him “God” on the ward. He kept his distance to some extent. And he could be brutal.’

He liked new patients to sit in the gallery of the surgery to watch as fellow airmen were operated on, insisting they had to ‘witness it, and understand it, so they were no longer afraid of it’.

During the war, the burns victims became very well known due to a documentary about the surgeon’s work.

After the end of the war Sir Archibald returned to private practice and his specialty became the 'McIndoe nose'.

Jim Marshall at the Red Cross House in Erskine, near Glasgow, who is one of the few remaining members of the Guinea Pig Club, pictured on July 19, 2021

He was created CBE in 1944 and after the war he received a number of British and foreign honours, including a Commandeur de la Légion d'honneur (Commander of the Legion of Honour) and a knighthood in 1947.

That same year he visited East Africa for the first time, took up farming on Kilimanjaro, and in 1956 created the African Medical and Research Foundation (AMREF) with his two former pupils, Michael Wood and Tom Rees.

Later, he was even one of the founders of the British Association of Plastic Surgeons, which is still around today.

Born in Dunedin, New Zealand, in May 1900, Archibald was the son of successful printer John McIndoe and singer and artist Mabel Hill.

He studied medicine at the University of Otago before moving to the American Mayo Clinic for a fellowship.

In 1930, he moved to London, and in 1938 he was appointed consultant in plastic surgery to the Royal Air Force.

When he arrived in the UK, he had a difficult time securing a job until his distant cousin Sir Harold Gillies - a noted plastic surgeon of the First World War – invited him to join his private practice.

Sir Archibald (pictured), who died in 1960 aged 60, created the Blond McIndoe Research Foundation, a medical research centre based at the hospital which specialised in skin wound repair. It opened a year after his death

He also offered him a position in the plastic surgery clinic at St Bartholomew’s Hospital in London and under Gillies tuition, Sir Archibald quickly became a leading figure in the field of plastic surgery.

Sir Archibald, who died in 1960 aged 60, created the Blond McIndoe Research Foundation, a medical research centre based at the hospital which specialised in skin wound repair. It opened a year after his death.

Following Sir Archibald's death, the Duke of Edinburgh took over as president of the club, and to the those men he was known as 'one of the boys'.

Prince Philip would often come to East Grinstead for the Guinea Pig's annual meet-up and one of his last public engagements before his retirement from public life in 2017 was to unveil the club's memorial statue at the National Memorial Arboretum back in 2016.

The musical will follow Sir Archibald's character as he campaigns to raise more funding from the scientific establishment.

Doyle suggests the Medical Council ‘were really sceptical’ because they hadn’t encountered these types of methods before.

The show’s structure will see Sir Archibald's character delivering a lecture on his work in order to raise funds, which will include stories of the airmen.

Along with Doyle, the dramatic story is the inspiration for a film about the club, starring Richard E. Grant as McIndoe, which is also in pre-production.

By: Jessica Green for Mail online. 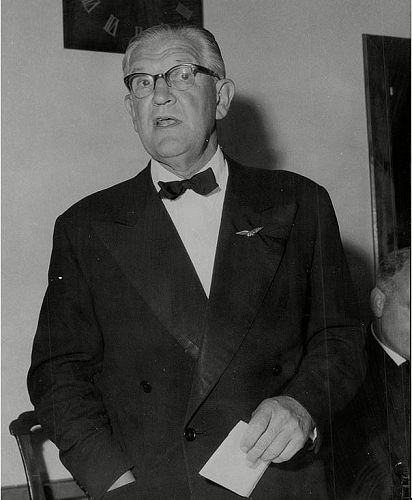 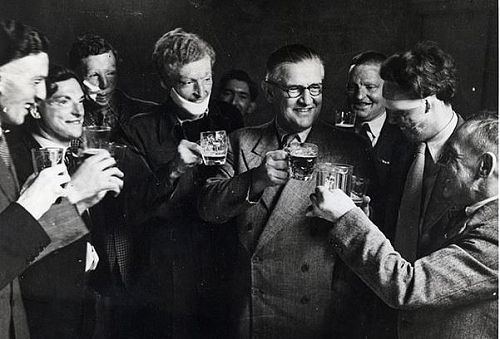 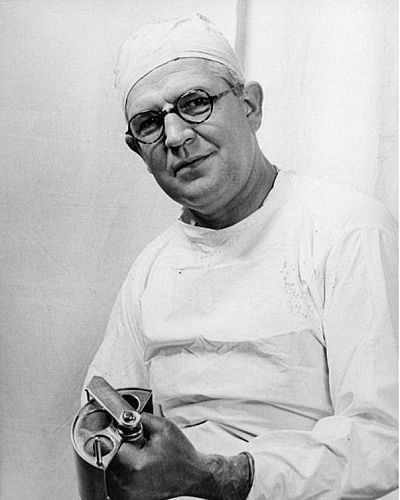