It was a sublime Wednesday afternoon when the OBHS Prefect team descended down into St Hildas for one of the years hallowed events: the annual inter-school-prefect-netball match.

Confidence was high among the team as we got into our netball skirts before being piped on by a emotional and compelling performance by Hunter Burgess, truly imposing our indomitable OBHS spirit on the Hilda’s masses. Onto the first quarter, however. With the scampering Luke Geddes directing traffic in the centre and the clinical Sebastian Whiston dominating the court, OBHS started this game like we start any other - with a focused aggression that leaves the opposition scrambling for a comeback. Some fine shooting from Boudewijn Keenan and Rueben Cook kept us in a tight lead as we headed into the second quarter, with our impact subs coming on to make a difference.

It was about this time St Hilda’s realised they had exhausted their relatively small supply of actual netball players, which meant their bench was looking quite shaky. OBHS, naturally, capitalised on this weakness and pounced, piling on points and pressure that left the girls looking for any excuse at victory, which in turn led to some highly questionable points scoring from the refs.

The final quarter was essentially a dead rubber, as they say. So much so that OBHS elected to put their 5ft something Year 10 Hunter Burgess on, just to rub salt into the wound. As was expected from the bagpipist he performed outstandingly, dominating the Goal Keep and maintaining control of his third with ease. Seb Whiston stayed on for a phenomenal finish, deliberately taking (and sinking) edge of circle shots just for the fun of it. Combined with the cool professionalism of Semisi in the paint who was literally twice the size of his counterpart, these two led the team home for a dominant victory of supposedly 23-11, although we’re pretty certain we scored at least 7 more points than that.

In all seriousness the prefect team would like to thank St Hilda’s for hosting what was a truly entertaining and great afternoon out, and for being good hearted and gracious, putting up a great fight in the match. I know that none of us were entirely sure how the day would go, but it turned out to be nothing but a great experience for all. We look forward to more in the future. 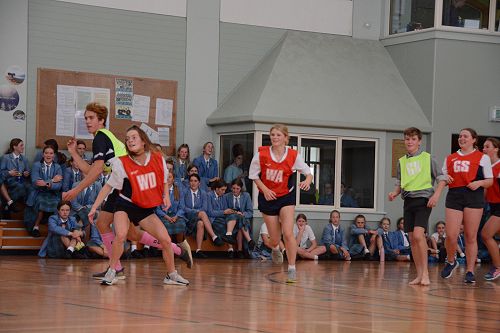 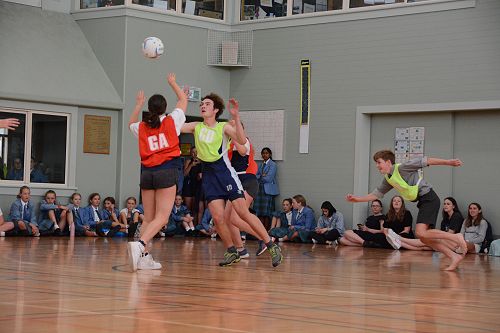 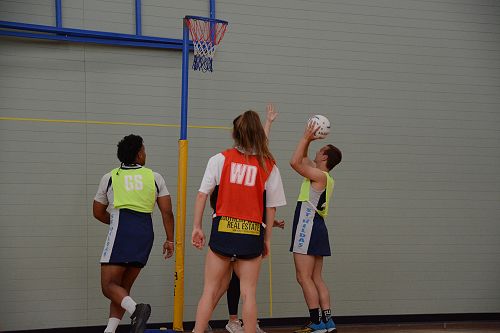 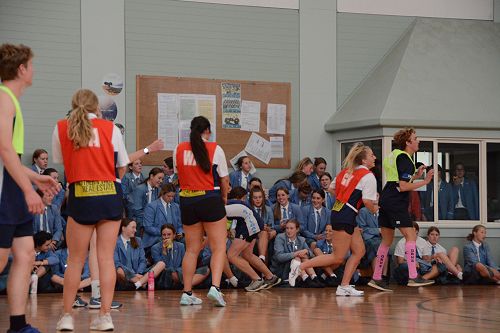 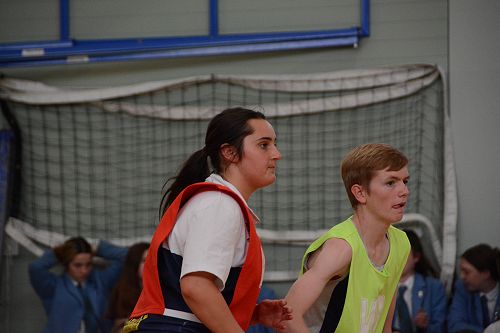 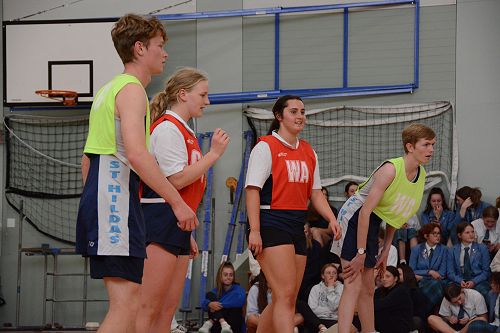