The boys have returned from the holidays in good spirits ready for a busy term.

It is somewhat hard to believe that we are already in term four. Since we have returned to school after lock down, we have been full speed ahead completing events that would normally be held earlier in the year. We therefore, have an exceptionally busy few weeks ahead in the hostel.

Many hostel boys were also busy in the school holidays competing in various sporting events. Our hostel shooting team consisting of Henry and Nicholas Sim, George and Will Scurr, Ollie Nicholson, Cody Campbell, Isaac Ottrey, Jack Small travelled to Christchurch for the South Island Championship which was on the first Saturday in the holidays and nationals  the next day. At South Island's the boys finished 2nd overall. Nicholas Sim gained 2nd in seniors for single rise. On Sunday, Nicholas topped his effort the day before by winning the single rise overall and Henry also took the single rise in the senior division. Nicholas and Henry were then selected for the South Island to compete against the North Island. The South won this shoot off. To top it off, Nicholas, Henry and Jack Small were selected for the Otago Regional team who gained 4th. This caps off a stellar season for the shooters and they should be immensely proud of their efforts, School House certainly is.

Hamish Faulks flew up to Auckland for a New Zealand U16 touch training camp and some games in the holidays. The camp was held from Wednesday to Friday with games on the weekend. Normally, this team would have travelled to Australia to play state teams but due to covid some games were arranged in Auckland against older rep teams. The team was never going to win all games as they were competing against older New Zealand representatives. This was a great opportunity for Hamish to test himself against the very best touch players in New Zealand. Well done Hamish!

On Tuesday, we held our annual house swimming competition at Moana Pool. The boys got into the event and tried hard. Some houses had a significant advantage. Nicholson for example, benefited from having Danny Gilbert who is a nationally recognised swimmer and completely dominated. Not all boys can swim like Danny of course and it was great to see some boys who are not great swimmers giving it their best shot for their house.

The results are as follows:

This means that we have a tight race for the Mitchell Cup with only Touch and Cultural Night to go.

Current standings as of 19th Oct:

Clearly, the cup is Campbell’s to lose but a poor performance from them on Cultural Night could open the door for the other houses!

Cultural Night is on Labour Day Monday at 4pm in the auditorium. All parents, family members and friends are invited to attend. Please note that the boys are nervous about this. Singing in front of an audience puts many of the boys outside of their comfort zone. While the boys have tried hard, please don’t expect a polished choir performance!

On Wednesday, we take on Columba in the annual Garfield Cup netball game. The boys are out to avenge last years defeat. Two games are played, a junior and a senior game. The result often depends on how quickly the boys can adapt to netball rules!

In keeping with the Columba theme on Saturday night we had a social event for the juniors with Columba hostel. Ten pin bowling was the event which was followed by supper at School House. It was a fun night out and the two hostels are looking at holding more events like this in the future. It makes sense when we are so close to each other.

Despite all these events the priority for this term must be academic, with both seniors and juniors having exams. As we lead into the exam season, we have more and more teachers coming up to prep to help the boys with their studies. Mr Gray and Mr Robb are at the hostel this week to help the boys with their Maths and Science and next week we have several more teachers coming up. Having a considerable number of teachers involved in prep is something that will occur throughout next year not just at exam time.

I hope you all have a great week and fingers crossed we start to have some warm weather, it has certainly been a chilly start to the term. Just for your interest, I have included a few photos of the hostel and the school when it snowed in the holidays. By the time these photos were taken it had melted a fair bit, we had a good inch or so at the hostel when it was at its heaviest. 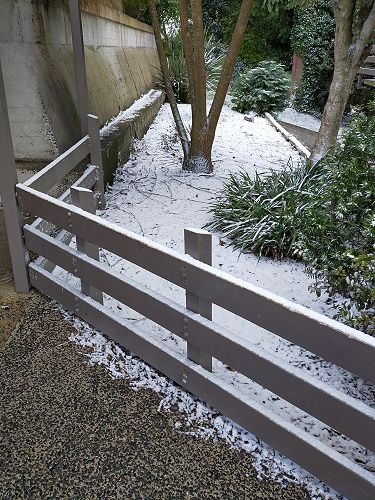 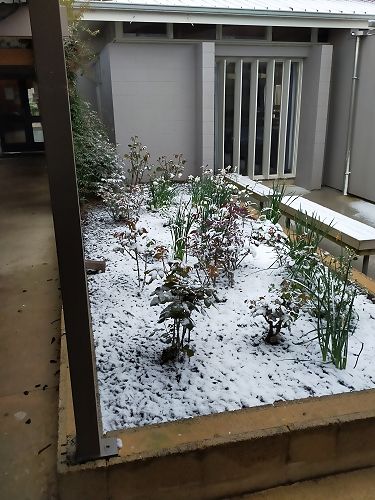 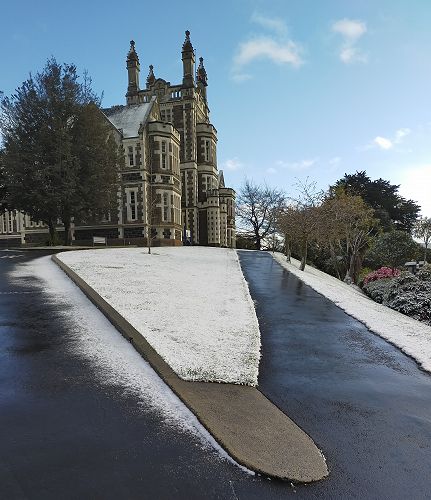 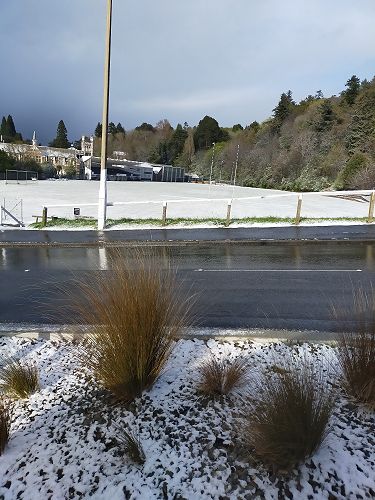 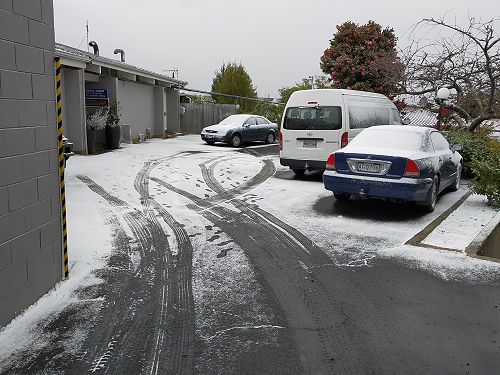