A team of 11 students working towards their Duke of Edinburghs Award spent 4 days on a challenging circuit in the Lake Monowai area at the end of the recent holiday.

Due to a covid cancellation earlier in the year we had a mix of bronze, silver and gold participants in the group, which meant the expedition needed to cover all of these requirements.

We set out just after 7am on Saturday morning, and were on the track at the Lake Monowai control gates by midday. The first leg to Green Lake Hut was only 11km, but a taste of what was to come as it took us 7 hours to get there on a rough track. The weather was fine and we were rewarded for the 700 metre climb with some great views over the lakes from the saddle.

Day two started and finished in the rain, but there were plenty of fine spells to appreciate the forest on a mostly downhill 9 hour leg to Lake Monowai Hut. There were two hunters in the 12 bunk hut when we arrived but they quickly departed for a near-by hut in their boat when we turned up in a bedraggled state.

On day three we had the option of returning the same way we had come in, or embarking on a much more challenging untracked route over the tops to Rodger Inlet on Lake Monowai. The boys collectively made the call that we would give the adventurous route a shot, so we were up early and away walking by 8am. The first 2 km followed the edge of Lake Monowai which sounds easy enough, but took us 3 hours and involved wading in the lake, crashing through scrub and scrambling over rocks and fallen trees. It was almost a relief to begin the climb of 1000 vertical metres to the bushline, again making our own path through the forest. An hour into this climb and it wasn’t such a relief any more. Many were rueing the decision not to return the way we came in, and I’m sure others were secretly wishing they were back at school for the first day of term! The boys rose to the occasion, however, with gear being redistributed to lighten packs of those struggling, snacks shared, and even some inspirational singing from our choir members. It was almost 4pm by the time we reached the tops, where the challenge became keeping ones footing on wet snow grass whilst trying to navigate in tricky mist conditions. There was a poled route from the tops which led back to the bushline, then a characteristically steep and muddy track down through the forest to Rodger Inlet. The hut was a very welcome sight almost 12 hours after setting out that morning, even if it was only built for half our group size. After demolishing a big dinner we all shared our personal highs, lows and learning experiences from the day, before settling down wherever space could be found for a well-deserved sleep.

Day 4 was a modest 10km leg out to the road, but track times suggested it could still be 6 – 7 hours so we set off at 8:30am. With lighter packs and a waiting van the boys stormed out to the carpark in around 5 hours, and after a refreshment stop in Gore we were back at school at 6:30pm. There will be some muddy boots and socks to clean, some aching muscles and fatigue to subside, but there should also be a lot of satisfaction at having completed such a demanding tramp.

Once again, I was impressed by the positivity and perseverance of the boys, making for another very memorable expedition. 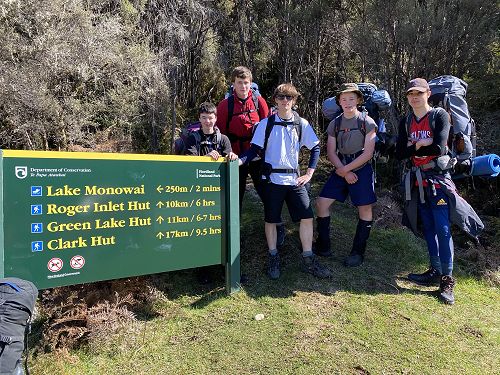 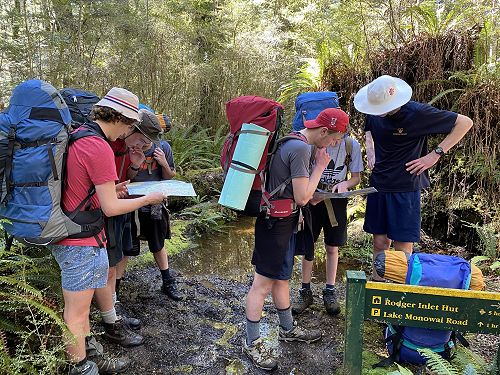 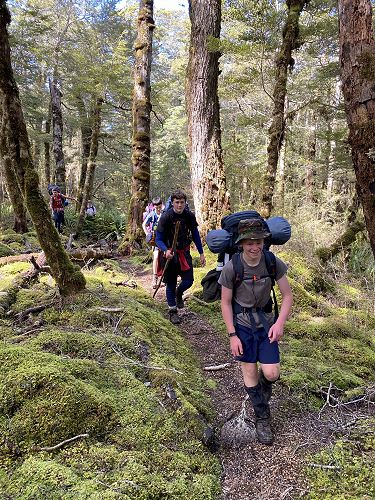 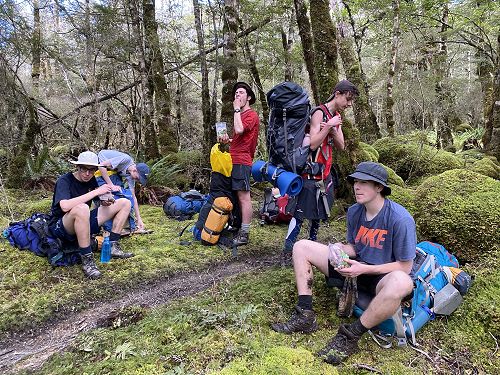 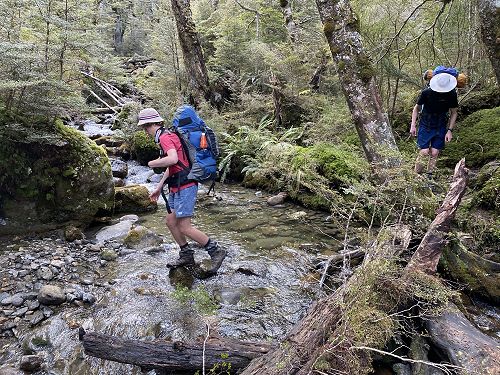 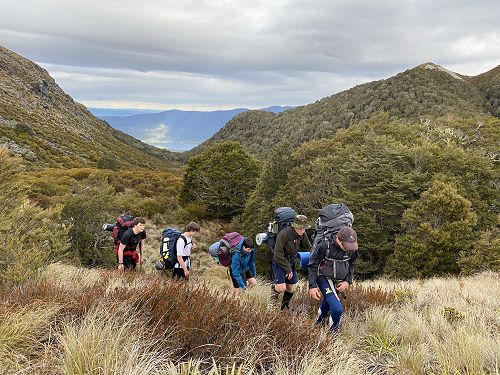 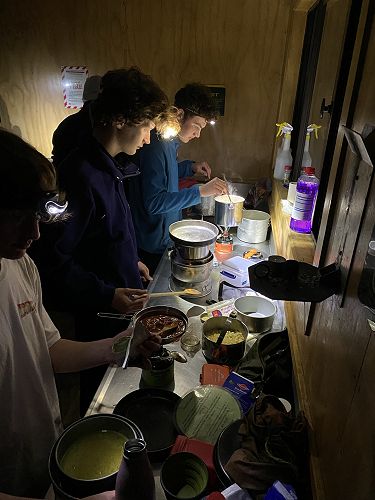 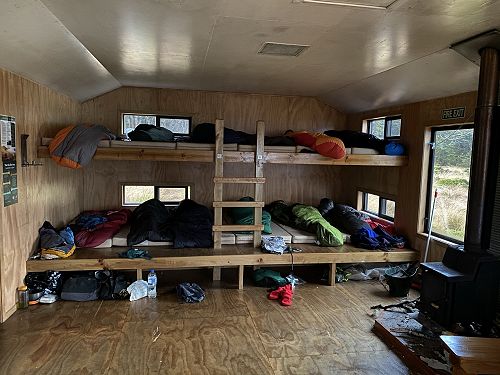 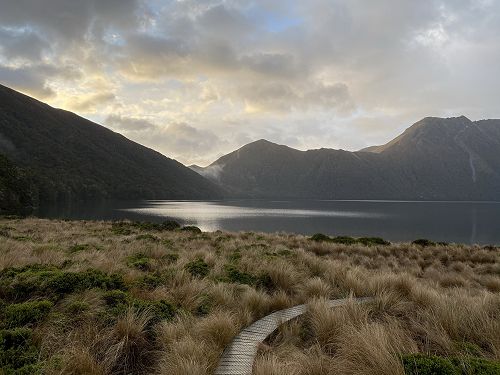 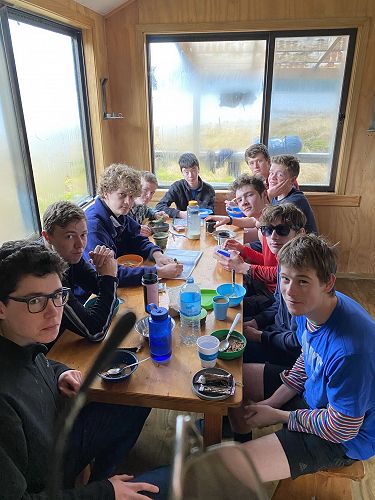 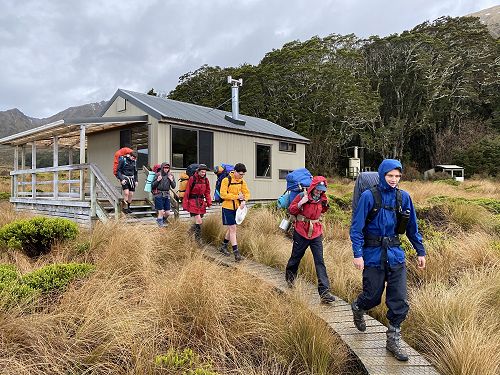 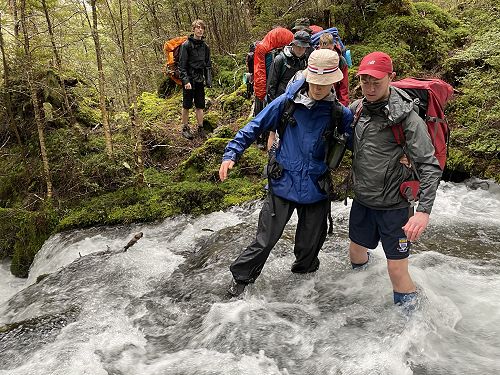 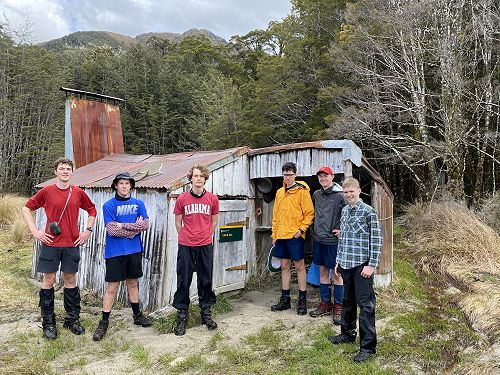 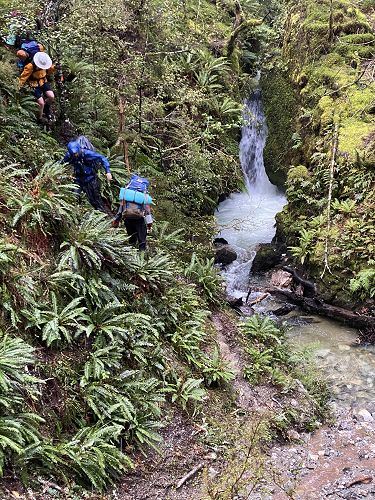 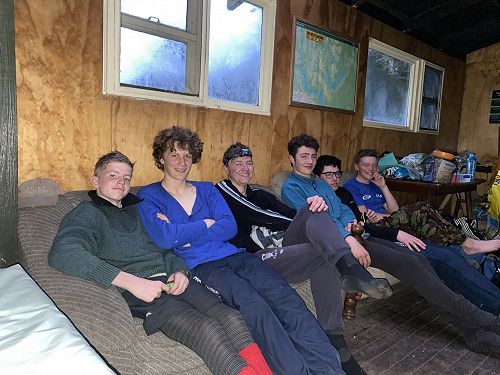 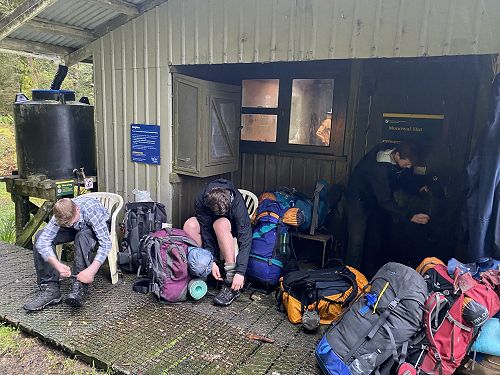 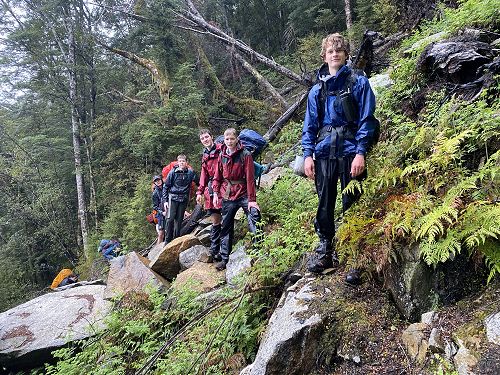 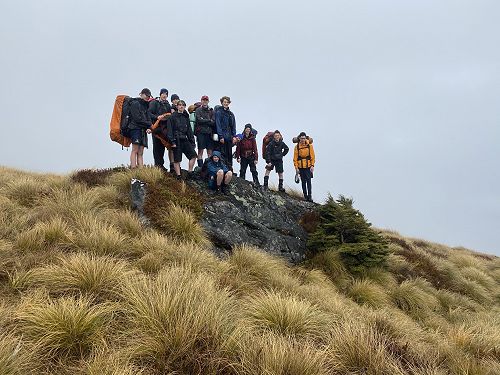 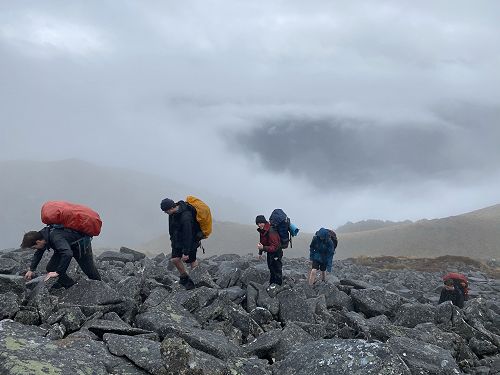 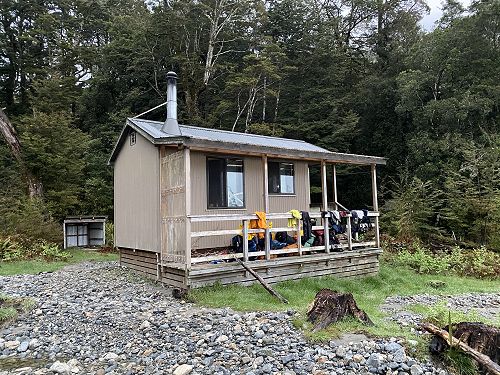 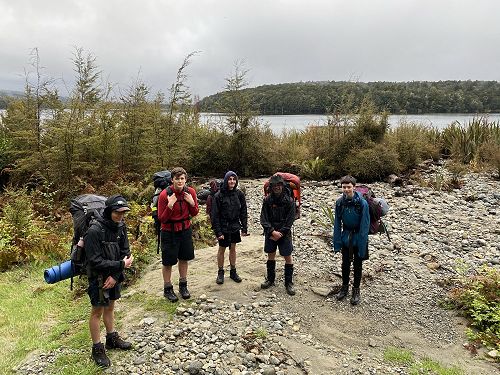 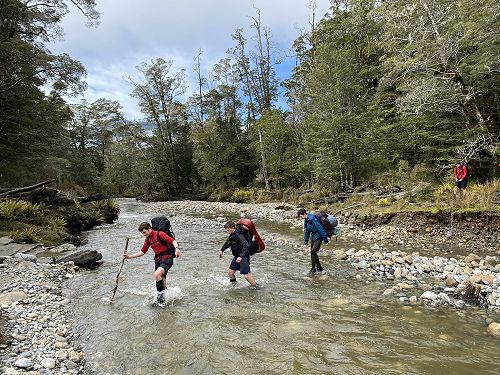 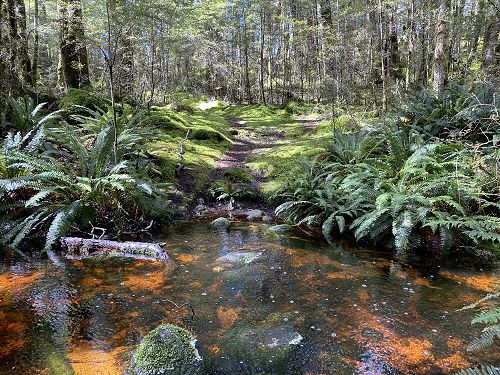 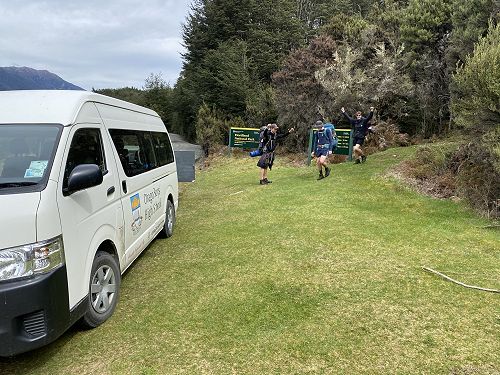 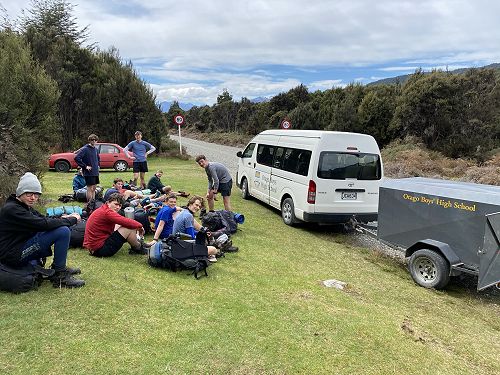