We all see pollution everywhere, but rarely know the full extent of the damage it can cause.

So many things that are useful to us produce pollution. Cars spew pollutants from their exhaust pipes, burning coal to create electricity pollutes the air. Industries and homes generate garbage and sewage that can pollute the land and water. Pesticides seep into waterways and harm wildlife. And all living things, from one-celled microbes to blue whales depend on Earth’s supply of air and water. And when these resources are polluted, all forms of life are threatened.

Natural disasters can cause air pollution to increase. When volcanoes erupt, they eject volcanic ash and gases into the atmosphere. Volcanic ash can discolor the sky for months. However, most air pollution is not natural. It comes from burning fossil fuels, coal, oil, and natural gas. When gasoline is burned to power cars and trucks, it produces carbon monoxide, a colorless, odorless gas. The gas is harmful in high concentrations.

Cars and factories produce other common pollutants, including nitrogen oxide, sulfur dioxide, and hydrocarbons. These chemicals react with sunlight to produce smog, a thick fog or haze of air pollution. The smog is so thick in the city of Linfen, China, that people can seldom see the sun. When air pollutants such as nitrogen oxide and sulfur dioxide mix with moisture, they change into acids. They then fall back to earth as acids. Wind often carries acid rain far from the pollution source all across the world. Pollutants produced by factories and power plants in Spain can fall as acid rain in Norway. Acid rain can kill all the trees in a forest, it can devastate lakes, streams, and other waterways. When a lake becomes acidic, fish can’t survive. Acid rain also wears away marble and other kinds of stone. It has erased the words on gravestones and damaged many historic buildings and monuments.

Greenhouse gases are another source of air pollution. While it was explained in this earlier article https://hail.to/otago-boys-high-school/publication/JGckz81/article/HFNwBCT, the gist of it is that average temperatures across the globe are rising. This rise is already shrinking some habitats, and therefore shrinking the populations of animals within.

Human activity contributes to water pollution. Chemicals and oils from factories are sometimes dumped or seep into waterways. Chemicals in runoff can create a toxic environment for aquatic life. Runoff can also help create a fertile environment for cyanobacteria. They reproduce rapidly, creating a harmful algal bloom. These blooms prevent plants and fish from living in the ocean. Fertilizers washed into lakes by rainwater have the same effect. Mining and drilling contributes to water pollution. Acid mine drainage is a major pollutant of rivers and streams near coal mines. The acid is washed into streams and rivers, where it reacts with rocks and sand. It releases sulfur from the rocks and sand, creating a river rich in sulfuric acid.

Oil spills and sewage are another source of water pollution. In April 2010, the Deepwater Horizon oil rig exploded in the Gulf of Mexico, causing oil to gush from the ocean floor. In the following months, hundreds of millions of gallons of oil spewed into the gulf waters. More than 2 million animals died as a result of the Deepwater Horizon oil spill. Sewage that has not been properly treated is a common source of water pollution. Many cities around the world have poor sewage systems and sewage treatment plants. More than half the sewage and waste made in the capital of India are dumped into the Yamuna River.

Rain washes other pollutants into streams and lakes. It picks up animal waste from cattle ranches. Cars drip oil onto the street, and rain carries it into storm drains, leading to rivers and seas. Rain sometimes washes chemical pesticides off plants and into streams. Pesticides can also seep into groundwater.

Another type of water pollution is simply garbage. Many plastic bottles and other pieces of trash are thrown overboard from boats. The wind blows trash out to sea. Ocean currents carry plastics and other floating trash to certain places on the globe, where it cannot escape. The largest of these areas is quite familiar, the Great Pacific Garbage Patch.

Many of the same pollutants that foul the water also harm the land. Mining sometimes leaves the soil contaminated with dangerous chemicals.

Trash is a form of land pollution. Around the world, paper, cans, glass jars, plastic products, and junked cars and appliances mar the landscape. Inefficient garbage collection systems contribute to land pollution. Often, the garbage is picked up and brought to a dump. Some communities produce so much garbage that their landfills are filling up. They are running out of places to dump their trash. Sometimes, landfills are not completely sealed off from the land around them. Pollutants from the landfill leak into the earth in which they are buried. Pollutants leaked from landfills also leak into local groundwater supplies.

Some communities do not have adequate garbage collection systems, and trash lines the side of roads. In other places, garbage washes up on beaches. Some cities incinerate, or burn, their garbage. Incinerating trash gets rid of it, but it can release dangerous heavy metals and chemicals into the air. So while trash incinerators can help with the problem of land pollution, they sometimes add to the problem of air pollution.

What can you do?

Be responsible and vote. Vote for whomever you believe will do the best at caring for this nation and its environment. Pollution is a serious issue. Personally, I'm rather fond of the idea of keeping Earth from becoming a barren and toxic wasteland. Voting for political parties or individuals who you believe will aid in New Zealand’s efforts to combat pollution is the first and best step towards helping our planet.

Cutting down plastic usage is difficult, but it’s an important step we all need to take in order to reduce plastic waste. Next week’s article will be exclusively about what parents and students can do to be sustainable. 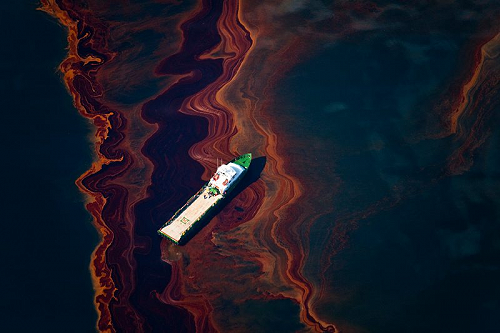 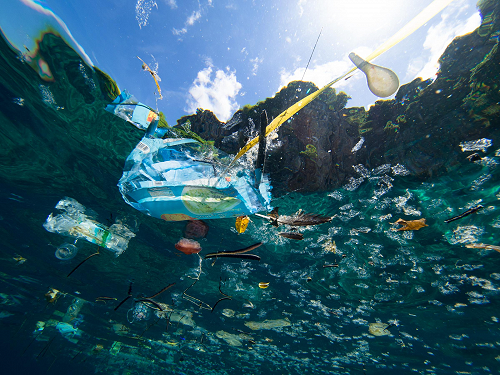