On Thursday 16 June an Otago Boys High School team flew up to Treasury in Wellington tocompete in the 2016 Treasury Schools Challenge national finals.

James Nind, Cameron McAuslan, Josh Malcolm and Sam Kilsby were part of the Otago Boys’ team that was one of 10 teams selected nationally. The boys had to give a 10 minute presentation, and a five minute Q & A on Regional Development in the Otago Region to a panel of Treasury Officials.

It was a busy couple of days up in Wellington for the boys. Thursday afternoon was spent making final preparations on the presentation. Friday morning at Treasury the team were first up to present!

The boys rose to the challenge giving a fine presentation. When it came to question time they worked as a team with all the boys contributing to answering every single question the judges threw at them.

It was a great opportunity for the boys to approach economics from a different and more creative angle and one that the boys thoroughly enjoyed. The team received incredibly positive feedback from both judges and spectators.

After the presentations the boys participated in a workshop run by junior Treasury staff. The boys were full of ideas and contributed a range of thoughts on the economic challenges that New Zealand would face in the future. After this, the team took a tour of Parliament, where they learnt about our nations political system and rich history.

Overall the trip was something that the boys took a lot out of and it was just another example of our boys excelling on the national stage.

The same team also competed in the 2016 Reserve Bank Monetary Policy Challenge, which they also placed in the Top 10 out of over 90 schools nationwide. In the end the team did not make the Top 3 in the Treasury Schools Challenge 2016.

However it is worth noting that Otago Boys’ High School is the only school in the South Island that placed in the Top 10 of both the Treasury Schools Challenge and the Reserve Bank Monetary Policy Challenge in 2016, which is an achievement the boys and school can be proud of. 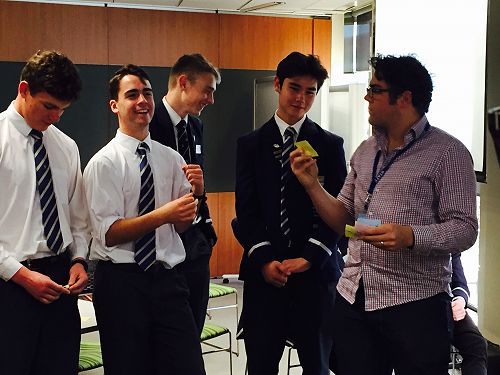 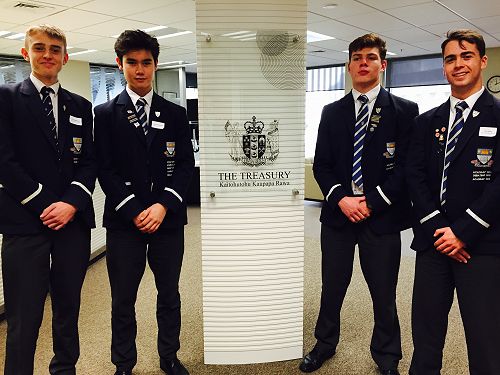