Future Politicians in the Making

The classes of 9T and 9H Social Studies with Ms Hope have been learning about the New Zealand government and different government systems around the world during the first few weeks of distance learning.

This week we applied our knowledge of these systems into practical online sessions. We didn’t let the fact we were miles apart stop us working collaboratively and sharing ideas.

The students were put into ‘political parties'. Each group member had an important role to play in the designing and function of their party. Students produced advertising material, logos, slogans, sorted out who the leader of their party was and each party had an electoral candidate who had the important task of wowing us with their policies. Each party had to align their policies and campaign on two relevant policies for Dunedin or New Zealand and two for Otago Boys’ High School.

We had a very diverse set of policies from the political parties ranging from; removing Wednesday’s as a day all together, making military training compulsory for all teenagers, free subway and minecraft for OBHS students, a range of social justice policies, building a world class dodgeball stadium in Dunedin and many many policies around the school canteen.

We saw MMP in action with students voting for an electoral candidate and a party of their choice. In both classes no party won outright so coalitions were formed through bartering, swapping or removing policies. As yet 9T and 9H are still in negotiations over the future government as talks and agreements are still being ironed out. We shall watch this space.

Well done to all students and their creative policies. Fair to say we have some future politicians in the making. 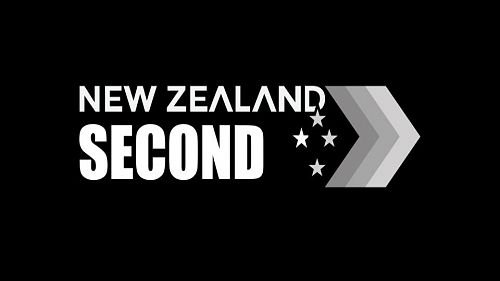 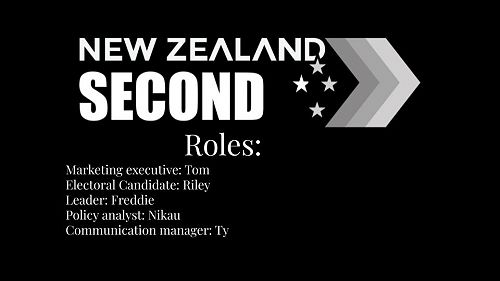 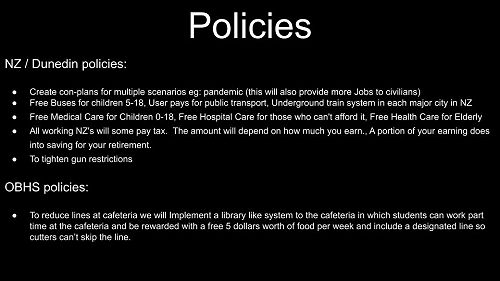 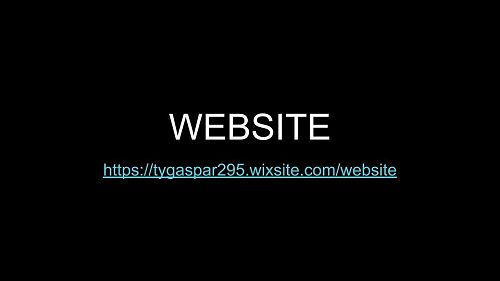 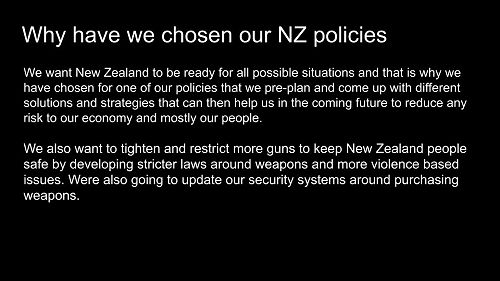 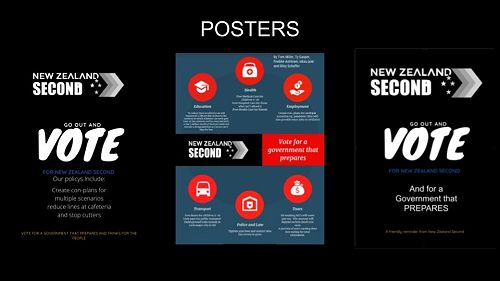