Otago Boys' had three teams entered in the Junior Volleyball Otago Championships over the weekend. Here is how they went.

Our Year 9 Blues had their first taste of a major volleyball tournament. The key for each player was to improve every game and work towards building a skill set that will lead to success in the long term.

It is fair to say that they achieved this through teamwork and perseverance. Day 1 was a tough night, coming up against JMC A and King's Vikings (A team). They pushed a much bigger JMC team but had to settle for a 0-2 loss. King's were a class act but our young men played well in patches. Not enough though to get the win. Day two was when they hit their stride. A crucial clash against our 10 Whites in the morning developed into a seesaw battle that came down to more consistent serving and passing. They were on the board with their first win 2-1. This was followed by another victory against BHS 9's and then finally a big 2-0 victory against Bayfield 10 A. Our young 9 Blues finished the weekend with 3 wins from 5 games, finishing 5th overall and the best performing Year 9 team. A big thank you to all players and parents and especially coach Simon Maole and manager Storm Maole for their time and efforts.

Our 10 Whites came into the weekend with excitement and nerves. For many, this was the pinnacle of their junior volleyball careers, facing up against the strongest teams in the region. The nerves definitely showed on the first night with 2 crushing defeats at the hands of JMC A and Kings Vikings. The next morning they came up against a spirited 9 Blues team and although they played great volleyball, fell short in the deciding set. Another close loss to Bayfield 10 A should have been the final nail in the coffin but our battlers came out strong in their final game to secure a well deserved win against BHS 9's. A team with great passion and strong team culture, the 10 Whites showed that they were no easy beats and pushed some of the stronger teams in the tournament. A big thank you to Masyn Opetaia (Coach) and Scotty Opetaia (Manager) for their time over the weekend. Congratulations to Osasa Nielsen- Caldwell for his selection into the Otago Tournament team. A massive effort!

The 10 Blues had an extensive build up to this tournament with trainings and two nights of games a week. They were well prepared and ready to push for the title. The first night they showed their class. They were clinical in all facets of the game. Strong serving, passing and an attack that showed variation and flair. The second day saw them challenged by some of the stronger teams in the tournament but managed to come through with victories (2-0) against JMC A and (2-0) against King's B in the semi-final. The final was a much awaited clash against a very strong Kings Vikings. In a game that was played at pace, and a high skill level, both teams left everything on the court. Unfortunately, our boys fell short going down 0-2. The team played with great spirit and never gave up. They backed each other and they should all be very proud of their efforts. Well done to King's for taking out the 'Ship'. A big thank you to coach Taine Grimsey for the time he has put into this team. Thank you also to our parents for their ongoing support. Congratulations to Harry Devereux and Robbie McCaw for their selection into the Otago tournament team.

Our 9 Blues and 10 Blues will travel to Christchurch for the Junior South Island Tournament. All the very best to our athletes, coaches and managers. 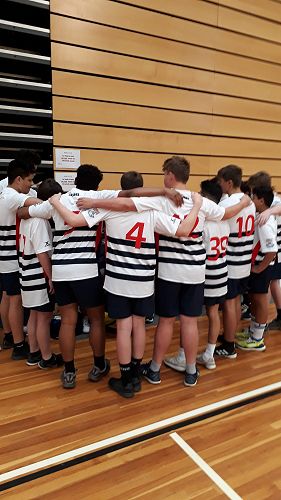 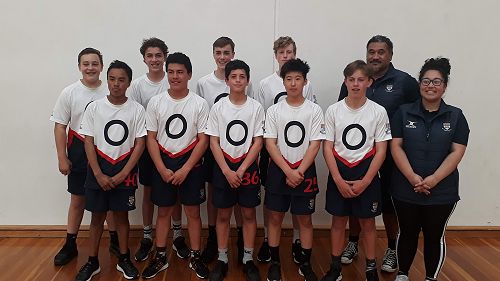 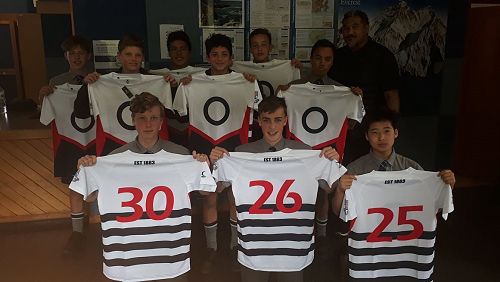 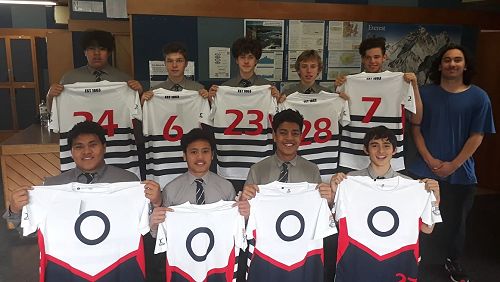 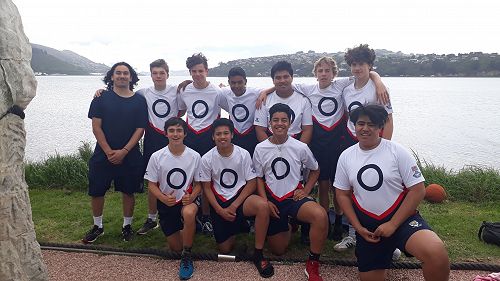