The New Zealand Midget Ice Hockey League (U18 NZMIHL), is the national competition of the country's top under 18 players that runs from June to September annually.

Conor Rolfe and Benji Crossan were drafted into the Under 18 league in 2018. In that year Conor was also selected for the New Zealand Under 18 team that travelled to Bulgaria to play in the team's division of the IIHF World Championships in March 2019.

The Dunedin Under 18 Thunder team are coached by the New Zealand Men's (the Ice Blacks) captain Paris Heyd. Since the team was formed in 2016 through good coaching, and an acknowledged great team culture, it has developed from just having the numbers for an 18 player team to finishing the 2019 regular season going into the national finals top equal with Auckland and Queenstown.

Finals saw an incredibly tight competition between Auckland, Queenstown and Dunedin with a loss in the semi finals to Auckland cementing Dunedin's Bronze medal.

The 2020 New Zealand Under 18 team is expected to be announced at the beginning of November and will travel to Luxembourg in March 2020 to compete in the IIHF World Division III Group B tournament. 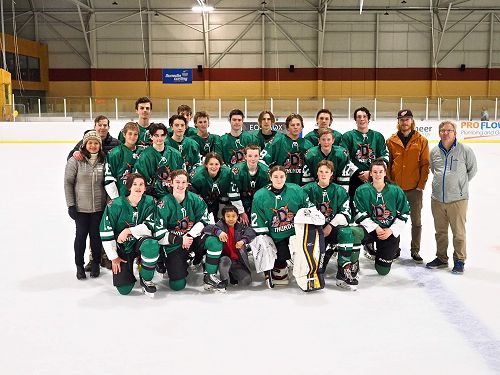