Last week the school participated in a number of sporting codes during tournament week.

Before leaving we were struck by a number of cruel blows that significantly depleted our numbers. Injury, conflicting events and illness meant we had only five of the original 14 students who had registered interest at the start of the term travel through to Queenstown to compete.

Despite a dire forecast the weather held off until the last event of the day allowing for fast racing on the technical course. The day started with Walter Savage finishing 17th in the under-14 triathlon. New to the sport, and competing using largely borrowed gear, he finished in a respectable 44 mins 37 secs. Jack Divers followed this with a 17th (out of 38 competitors) in the largest and very competitive under-16 grade. In the penultimate event of the first day the under-19 team finished 7th (1.06.59). Ben Hogan, relatively new to competitive cycling, rode strongly and was backed up with the second fastest run split of the day by Matthew Ogle.

With rain falling at the end of the day and continuing through the night conditions were not looking great for Friday’s events. However, while we awoke to snow on the Remarkables and cooler temperatures the weather system that had brought rain and wind had passed through overnight and we experienced sunny, calm weather at Lake Hayes. Walter Savage backed up from the triathlon with a 7th (out of 12) in the under-14 Aquathon. His time of 13 mins 3 secs only 93 secs off the winner. In their Open Water swims, Jack Divers and Sam Wardhaugh had longer swims (1000m and 1500m respectively) in the cool 15° waters. Jack finished 7th out of 19 swimmers and only 26 secs behind the winner. Sam, having navigational problems in the sunny conditions finished 5th in 17.07.

With many of the boys competing in their same age-groups next year there is a positive feeling about Wanganui 2017! Thank you to Mr and Mrs Wardhaugh who came through to support the team.

The weather was kind with only Tuesdays racing being abandoned due to a lack of wind. All crews sailed very well and competed at the highest level. Sam Cornfoot and Jared Solomon won the event with Oliver Palmer-Hargreaves and Jack Densem in second place. Flynn Meyer and Russell Nicholson also sailed well and secured fourth place in the spinnaker division and James Thompson and Thomas Woodfield came eighth.

With these fine results the squad also won the trophy for the top school overall.

The softball team was involved in the Division Two South Island Tournament that took place in Surrey Park, Invercargill. The boys started the tournament very well winning both games the first day. The second day however brought much fiercer competition and the boys closely lost both games. On the third day the boys had a very strong win and another close loss. We were able to get through into the semis but lost our semi final 7-0 against the eventual winners of the competition.

Overall the boys came third equal which was a vast improvement over their finish of seventh at the same tournament last year.

Our MVP for the tournament was our captain Declan Su'a for his consistent hitting, fielding and his captaincy of the team. While all the boys played well the stand outs were some of the newer additions to the team. Tim Dippie caught exceptionally well in the outfield while Scout Dunn hit very well smashing one over the fence.

A big thank you to all the people that have supported the softball team this year.

This week the OBHS senior Water Polo team travelled to Invercargill to compete in the South Island Secondary Schools Tournament. After five pool games the team were ranked in first place. In the semi final they played John McGlashan beating them comfortably 10 - 3.In the final they played Burnside High School from Christchurch. Burnside got off to a flying start leading 4 - 1 early in the second quarter. OBHS fought back to take the lead 6 - 5 at the end of the third quarter holding on to finally win 8 - 7.

From this Sean Jansen was selected for the tournament team.

A quietly confident OBHS Futsal team entered the ASB sports arena in Wellington to have a crack at becoming National champions. Having learnt a lot in 2015 and knowing there was a massive challenge ahead they set off one game at a time.

A quality start against Wellington College (6-3) was followed shortly with a tough fort 3 all draw with St Andrews. A big win (19-0) against the young inexperienced Fielding College saw them finish top of their pool and into the final 16. St. Bede's started strong and were 2-nil quickly, but 7 goals came quickly and we were into the final 8. The quarter final saw Onslow College put up a brave fight, but OBHS won (5-2). Suddenly it was the semi-finals. There was huge support for local favourites St Patrick's and having won 2 years straight it was expected they would be our next opponent but Kavanagh College defeated them to hush the stadium. This set up a Dunedin semi-final at a National competition! Games can be won and lost in a few minutes and at 2 all they scored 2 more quick goals the momentum changed and the final whistle went and we had stumbled oh so close to a (4-2) loss. This meant playing an equally deflated Mt Albert Grammar for 3rd and 4th.

Both OBHS and Mt Albert Grammar were devastated to miss the final and struggled to gain any rhythm, finally the whistle went and it was over Mt Albert Grammar won (4-3). A truly amazing performance to finish fourth in the country. The playing group were outstanding in getting to the tournament, their respect for opponents and referees was a credit to them. They left the tournament highly regarded and with lots of praise from the organisers.

The Senior Volleyball team exceeded all expectations at Nationals last week. Seeded 28th, we were going into the tournament with the aim of staying out of the bottom three. So to finish 16th in the whole of New Zealand is something the team is very proud of.

Going into day one we knew we had a tough task to win one set let alone a game. We played Orewa, who showed us how tough it would be in Division One. We pounced back in the next game by upsetting Nelson College 3-2. A top four team in the South Island and a team that fielded 3 New Zealand representatives. The next morning we won against Sir Edmund Hillary College 3-1, placing us in the top two of our pool. This gave us the opportunity to play in the top crossover against the best teams in NZ. It was tough, playing last years champs, Western Heights, and the eventual champions Westlake but the team played to their potential and played well for the remainder of the week.

The benefits of taking such a young team means that next year they will be just as prepared to handle the heat of the top teams.​

Lloyd McGee, Mile Nafatali and Itsuki Takahashi all trialed for New Zealand age groups. A big thank you to all the parents and caregivers for their support and also to Derek Matai who took up the Team Managers role at short notice. 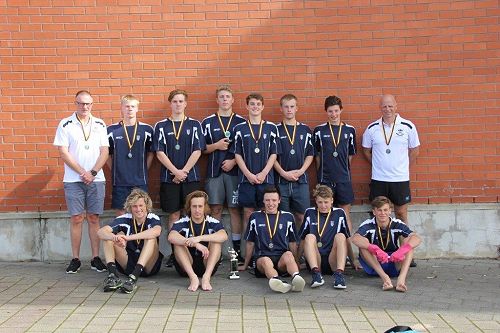 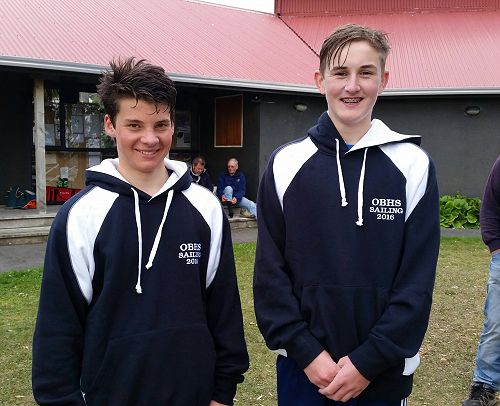 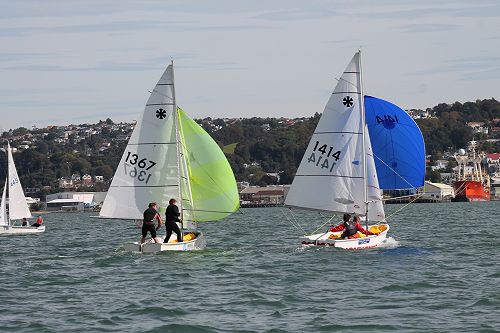 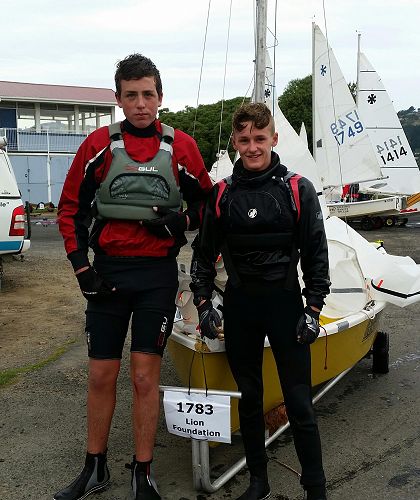 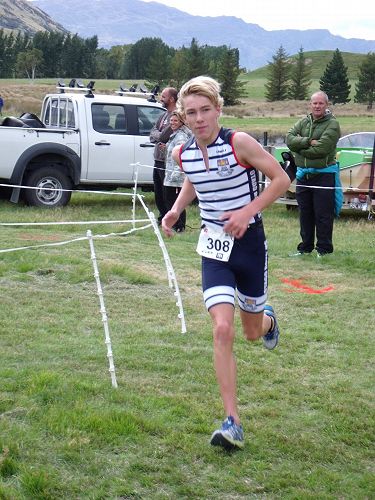 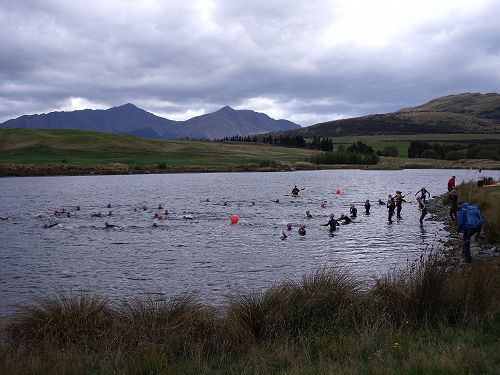 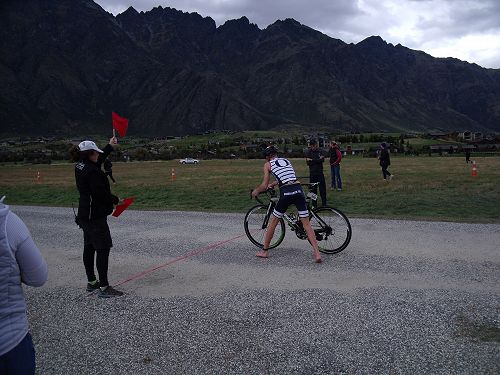 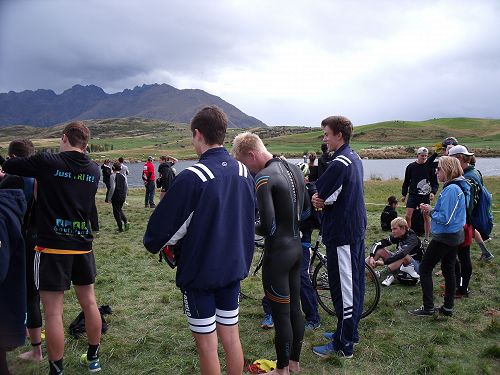 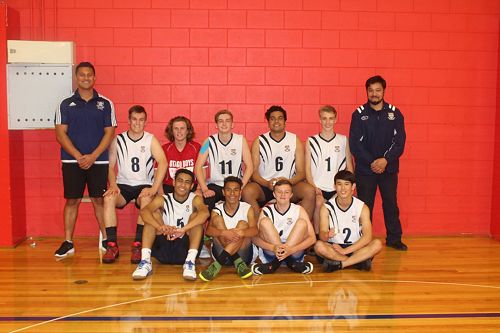 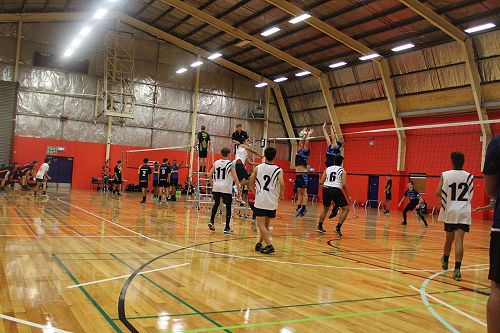 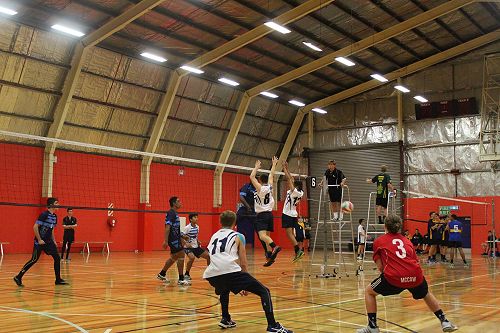 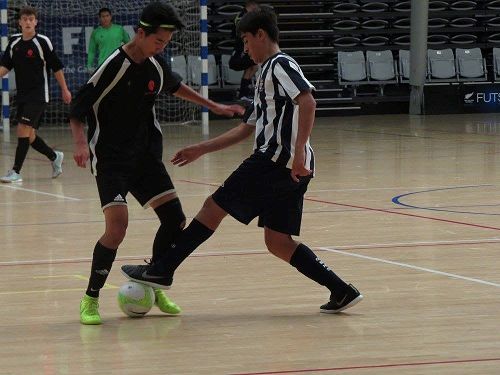 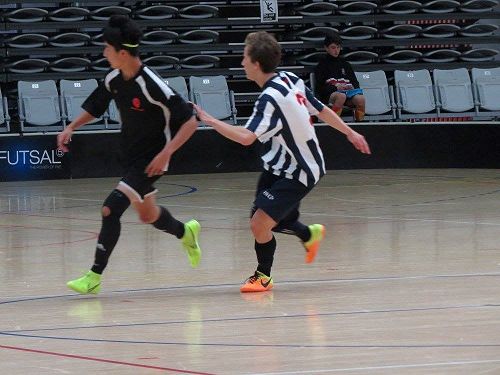