The school had 25 students attending the Otago/Southland Secondary School Athletics Champs at the Caledonian Grounds.

The qualifiers for the South Islands now go to Timaru on 1st, 2nd and 3rd April.

The stand-out performance from the weekend was from Max Brown who broke the Under 15 Triple Jump record by a massive 52cm to set the new mark at 12.14m. Max also won the High Jump, placed 2nd in Long Jump and 5th in the 200m final.

Nathan Hill broke the Under 16 - 1500m record to set the new record at 4.07.86. He now holds both regional secondary school records along with Max.

Matt Ogle and Liam Turner ran a massive last two legs of the 4 by 400m relay to secure 2nd.

Cameron Miller who was back from shoulder injury, ran 2nd in the Under 16 400m 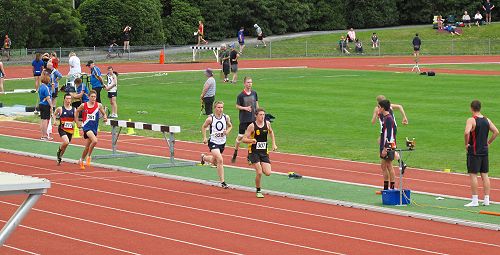