After winning the Otago schools championship and then defeating the Southland champions, Otago Boys qualified to play in the National finals in Palmerston North.

The team of Joseph Hancock, Parker Aluesi, Tommy Wilson and Jed Cuthburtson spent the week in a very wet, windy and cold Palmerston North. After a practice round on the Sunday, the Intercollegiate Finals were played over two rounds on a tight, boggy Palmerston North Golf Club course on the Monday. While our team produced some solid golf at times they were not consistent in the wet conditions and struggled to play to their full potential. The standard of golf at the event was very high and we ended up 12th.

On the Tuesday the golf moved over to the Manawatu Golf Club, which was just as wet and boggy where the boys NZ Under 19 Championships were held over three rounds. Once again, the poor weather and the high standard of golf meant that our players struggled to play their best golf and when the cut was made after two rounds only Parker made it to the final round. During the final round, Parker played some excellent golf but unfortunately the last hole was a disaster and he slipped down the leader board finishing midway in the field.

It was a huge learning experience for the students and a very enjoyable week of golf. Hopefully the experience gained will pay off next year when three of the four players return. 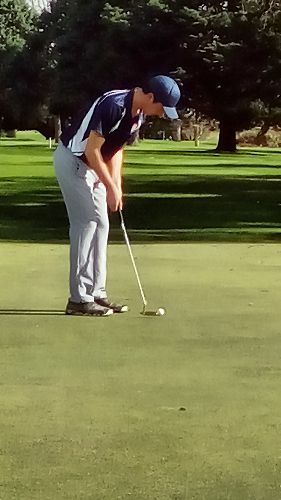